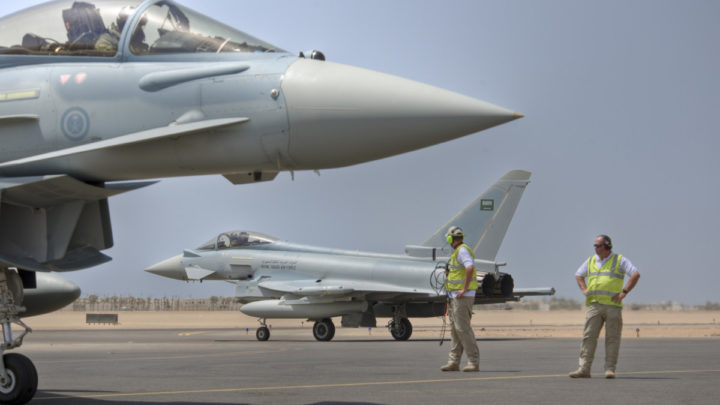 Have you considered working for one of the World’s largest aerospace and defence companies? BAE Systems is one of the…

This has been the first time that aircraft, engineers and pilots from the squadron, normally based at RAF Leuchars, have deployed together on the Advanced Tactical Leadership Course ( ATLC ), which runs each year at Al Dhafra Air Base. Wing Commander Mike Baulkwill, Officer Commanding 6 Squadron , said: We have been sent out here to conduct this multinational exercise that looks at large scale air operations involving many aircraft. The exercise has been run over a number of weeks, giving the pilots, ground crew and support staff an opportunity to work alongside other nations.

A Pashto-speaking RAF Engineering Officer has spent the last few months working as an interpreter for the Military Stabilisation Support Group (MSSG) in Helmand.

A new form of armoured netting which can stop rocket-propelled grenades damaging vehicles was one of the items showcased at an event to mark National Science and Engineering Week.