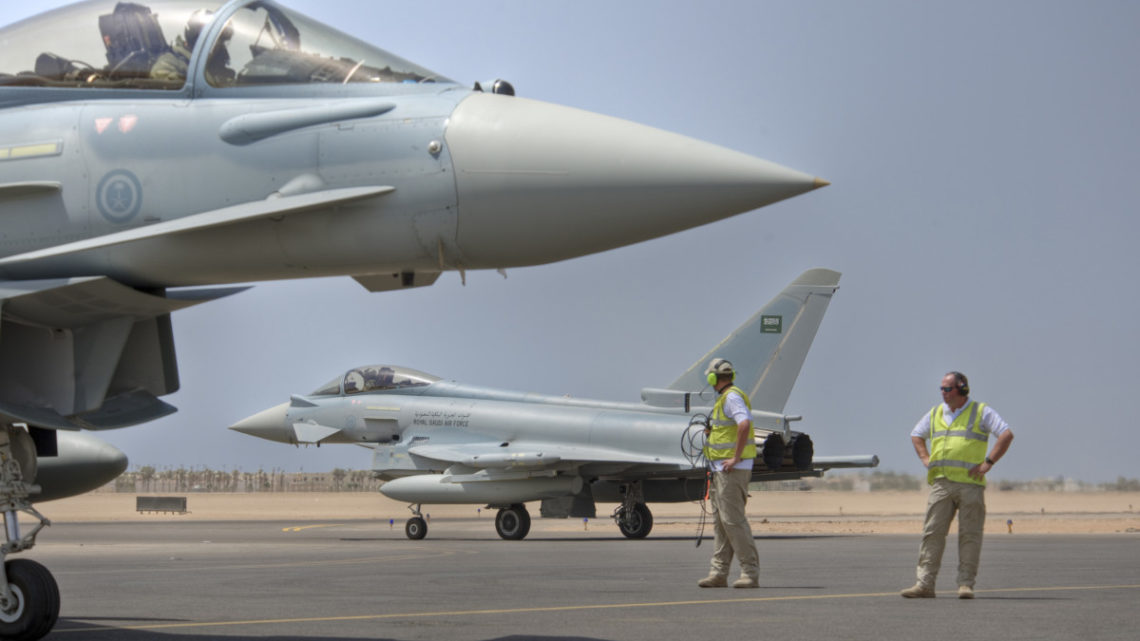 Have you considered working for one of the World’s largest aerospace and defence companies?

BAE Systems is one of the world’s largest aerospace and defence companies, employing around 85,800 highly skilled individuals across six continents to provide leading services in engineering, technology and security.

In the Kingdom of Saudi Arabia, we work together with local partners to develop, engineer, manufacture and support the innovations that sustain economic growth, increase defence sovereignty and safeguard commercial interests. BAE Systems is committed to recruiting, developing and retaining the brightest talent in our industry as we look to build upon our proud heritage of over 50 years, enjoy new successes through our partnership with Saudi Arabia and by supporting the Kingdom’s strategy for economic development via Vision 2030.

Vision 2030 is a plan to reduce Saudi Arabia’s dependence on oil, diversify its economy, and develop public service sectors such as health, education, infrastructure, recreation and tourism. Localising military industry is a key sub-objective of Saudi Arabia’s vision, our BAE Systems strategy in Saudi Arabia is fully aligned with Vision 2030.

6,300 of our employees work in Saudi Arabia and 70% of them are Saudi nationals, making BAE Systems one of the world’s leading private sector employers of Saudis. Since 1966, the company has contributed to the training of thousands of Saudi nationals in many highly-skilled fields, including engineering, technology and aviation.

A major requirement of our operations within BAE Systems in Saudi Arabia is our operations and training remit, which applies across all our customers’ aircraft platforms, such as Typhoon, Tornado, Hawk and PC21, and offers a significant amount of job satisfaction.

The overarching aim of Saudisation (the mechanism for the transfer of all positions from an expatriate to a Saudi workforce) remains the main focus and we have been recognised at government level for our achievements.

Dhahran, on the kingdom’s eastern seaboard, is the operating base for Tornado IDS, a core element of its national defence capability. Ongoing opportunities for employment on the Tornado fleet include all traditional technical trade groups including avionic, propulsion, electrical and weapons specialists. Dhahran is located in the Eastern Province of the country and is in easy driving distance to Bahrain which is accessible across the King Fahd Causeway.

Our customer currently operates the Typhoon jet from Taif in the west of the country with the base sitting 4,500 feet up in the mountains. With current positions in both Forward and Depth technical areas and, with the intention to expand the fleet in the near future, there are plenty of opportunities for those looking for employment on one of the most modern and capable fast jets in the world. Taif is the fifth largest city in Saudi Arabia and being the centre of an agricultural area, is well-known as the ‘City of Roses’. Taif is also known to be the best summer destination in the country.

Tabuk in the northwest of Saudi Arabia is the home of the Hawk fleet, the country’s fast jet trainer aircraft. Also housed at Tabuk is the Hawk aerobatic display team, the Saudi Hawks. Tabuk is in the far north of the country and close to the Jordanian border giving ample opportunity for travel.

The PC21 is based in Riyadh, the capital city of Saudi Arabia. Riyadh is located quite centrally in the Kingdom and, as a capital city, enjoys a considerable wealth of western-based high-street stores and named brand outlets for those who enjoy shopping.

Looking for your next challenge?