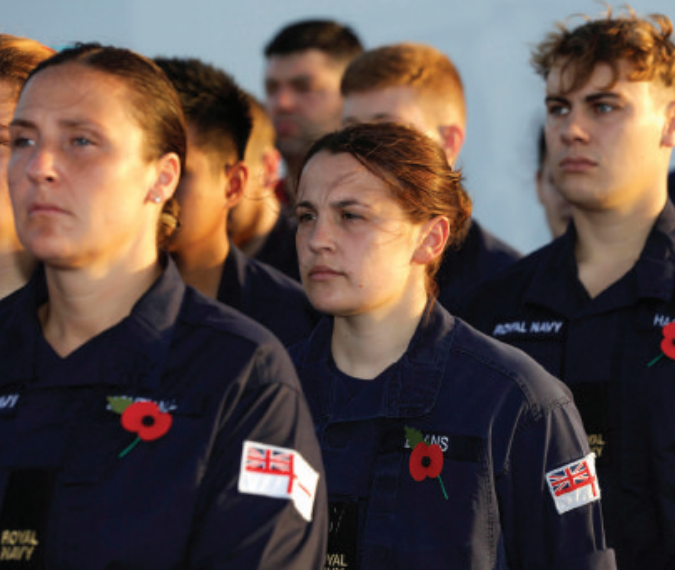 Last month’s Armistice proved that when this country makes a promise, it’s kept.

The term Armed Forces Covenant was originally coined in 2000 and has become something of a benchmark, referring to how the nation responds to the commitments it has towards the Armed Forces. Indeed, its success has been beyond expectation with Defence Secretary, Gavin Williamson, witnessing the 2,000th signing of the Armed Forces Covenant in December 2017, illustrating the widespread approval of the Covenant.

As has been explained many times during the past few months, the generation all-but lost to the Great War is about to edge out of living memory. That is, there are fewer and fewer people that have ever met any of the people that actually took part in it. Nevertheless, against the brisk chill of November the nation upholds the phrase carved onto those monuments: “Their name liveth for evermore”.

The nation has kept that promise for a century and looks set, at this point, to do so in perpetuity. Nevertheless, it’s important to remember that the Covenant isn’t designed for remembrance. In fact its exact nature is outlined on the Armed Forces Covenant website as this: “To those who proudly protect our nation, who do so with honour, courage, and commitment, the Armed Forces Covenant is the Nation’s commitment to you.

It is a pledge that together we acknowledge and understand that those who Serve or who have Served in the Armed Forces, and their families, should be treated with fairness and respect in the communities, economy and society they Serve with their lives.”

It’s a living promise for Service personnel, Veterans and their families and if the recent honour and respect shown to the Soldiers of the Great War is anything to go by, it’ll be kept for a
very long time indeed.

In practice, the Armed Forces Covenant can include a huge variety of support and services for Forces personnel and their families. Key areas include help with some of the more crucial aspects of resettlement such as finding a civilian home, access to healthcare and financial advice. Once you’re established, a little further digging will help you to uncover specifically designed discounts and deals on everything from motor insurance to broadband and phone packages – as well as important commitments to helping Service-leavers into jobs where they can use transferable skills acquired in the Forces.