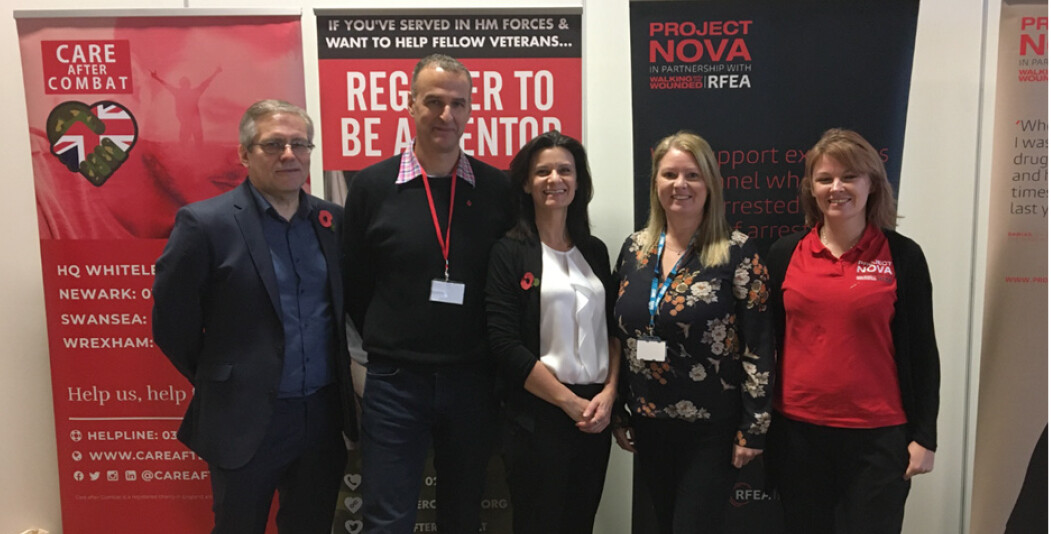 From Navy to Nursing

Simon is a clinical nurse specialist for Veterans with Nottinghamshire Healthcare NHS Foundation Trust, a radical departure from his Royal Navy role.

Simon was inspired to join the NHS by his mum; also a nurse, who always spoke fondly about the role – and perhaps reminded Simon of the type of close-knit team environment he missed from the Forces.

His current role is as part of the Veteran Care Through Custody project. It was developed to address concerns that the quality of healthcare offered to Veteran offenders by prison services was affected by limited understanding of the specific needs of Veterans. The project aims to support a reduction in the re-offending rates of Military veterans. It also honours the Trust’s commitment to uphold the Armed Forces Covenant.

Qualities
Though many of the qualities needed for his role as a marine engineer transferred to his nursing career, the actual jobs themselves are, of course, completely different. Even so, the Military teaches the use of effective communication skills and to work within a team; qualities that are required to operate effectively within the NHS. Other skills, including record keeping are important in the Military and crucial in nursing, as is effective timekeeping, attention to detail and above all else, a good sense of humour – all key in Simon’s successful transition from Royal Navy to NHS.

Simon puts it simply, saying: “I’d recommend a career in the NHS to Veterans as there is a diversity of roles that can utilise many of the skills learned while Serving in the Armed Forces.”

The Trust has opportunities available across a wide range of departments and welcomes applications from Veterans: