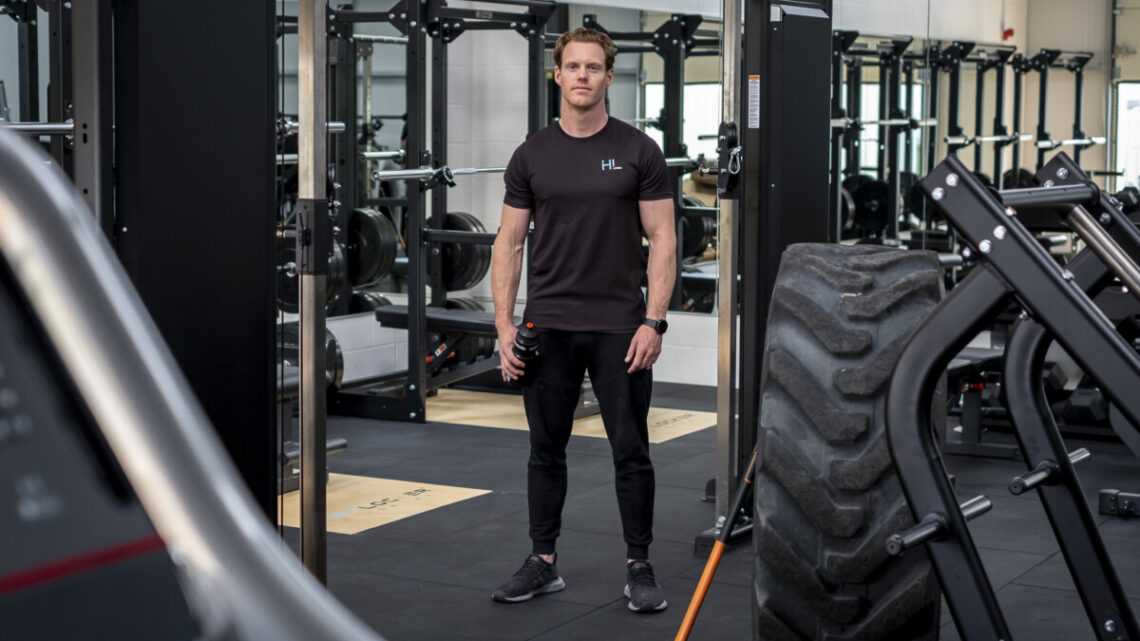 Allied Forces: How teamwork really did make the dream work

With the support of ELCAS and Study Active, Richard Harvey achieved his dream of qualifying as a personal trainer and opening his very own gym, The Hurt Locker Bridport.

Such core values are at the epicentre of many an institution’s ethos, no more so than the British Army. So, when it comes to looking after those who have Served, it is testament indeed that it affiliates with ELCAS (Enhanced Learning Credits Administration Service) to support the next career move of former Service personnel.

Spending 13 years as part of the same operation is no mean feat. Combine that with the battle-hardened requirements of the Army and it demonstrates the commitment and pure strength of character Richard possesses. It should, therefore, come as no surprise that he knew the path he wished to take upon leaving the Armed Forces. For someone who “is really good with people”, this continued desire for engagement would prove a contributing factor to his next career move.

With a vision to utilise his interpersonal skills and provide a service to his community, the flame burned bright to formalise his qualifications as a personal trainer with Study Active – one of the UK’s leading providers of fitness-related qualifications – ahead of opening his hybrid gym. This would not have been possible though without the MOD’s amazing support via its ELCAS resettlement funding.

“Thanks to the number of years I Served, I was allowed full access to the larger amount of (ELCAS) money. This fitted perfectly with the package I’d bought with Study Active, so I was able to study for the Level 2 Fitness Instructing, the Level 3 Personal Training, as well as some add-ons like exercise referral and for training pre- and post-natal clients too,” says a thankful Richard. “It’s phenomenal, really.”

Overcoming challenges
The truism ‘if a job is worth doing, it is worth doing well’ is popular for a reason. Passion and a desire to succeed exude from Richard and any gauntlet that has been thrown down after leaving the Army has been overcome with tenacity like his 1.2m attack wall!

“I left the Army in February 2020. In March 2020, the world went into lockdown. I was therefore jobless because nobody was employing. I thought to myself, ‘I’ll crack on, focus and get some studying under my belt’. So, I did my research, found out I needed to get a practical assessment, which I liked the idea of, and found a credible company, Study Active.”

Filled with gratitude for ELCAS, Richard progressed on his journey, meeting coronavirus restrictions with a can-do attitude, working at home on a detailed business plan while juggling the demands of family life. Accompanied by a continual thirst for learning and progression, a steadfast approach whiled away the eight month wait for planning permission for his gym, all the time ensuring everything was ready to go when the green light was given.

Confirmation came and The Hurt Locker Bridport lease was signed in April, with the grand opening on 9 May 2021.

A helping hand
With the ink now dry on the paperwork and the foundations literally set in stone, Richard can reflect on what has been and look to nurture his new venture safe in the knowledge that organisations such as the MOD, ELCAS and Study Active will always fly the flag for him. Managing Director of Study Active, James Luscombe, is full of praise for the desire shown and the collaborative nature of the project, saying: “I talk to people every day who have dreams of being personal trainers and opening their own gyms and many do go on to do that. However, I cannot recall too many who have achieved gym ownership as quickly as Richard has. This is a real testament to his ambition.

What Richard has achieved is exactly what the ELCAS process is all about. He identified something he wanted to do on leaving the Services and reached out to the MOD through the ELCAS scheme, which has supported him financially.”

Delighted Richard chose Study Active as his choice of reputable training provider, the synergy of the organisations and the commendable work ethic of Richard to fulfil his dream are not lost on James. “We at Study Active align with the philosophy of the MOD and are proud to have signed the Armed Forces Covenant.

We are not just about getting people like Richard signed up. There is a desire and willingness to help people on their journey, from that initial enquiry through to starting the course, then graduating. We want to be there every step of the way for people and believe this to be consistent with the Armed Forces Covenant.”

Not just a gym
For any fitness aficionado, a look around Richard’s premises is akin to being a child in a sweet shop. Incorporating techniques and sessions learnt in the Military, The Hurt Locker Bridport lists a grass runway, tractor tyres, sledgehammers and battle ropes on its inventory (with climbing ropes to follow).

“People absolutely love it. The sign-up rate from people walking through the door is at 98%. I have this attack wall that ladies and gents have to jump over and then do a burpee. If they can’t get over the wall, we make sure they can get over the wall,” says an excitable Richard.

“I am offering a hybrid gym. There’s functional fitness equipment and a weights area, though I have not included resistance machines.”

While Serving, Richard became a Level 2 qualified boxing coach and regiment boxer with 10 bouts under his belt – life experiences he is rightfully proud of and keen to share within his new business. “I will be running non-contact boxing skills and discipline classes in the future to teach this master discipline.”

So, the next time you are in Bridport, Dorset, be sure to visit Hurt Locker to see for yourself this real life ‘boy done good’ story. You’ll be sure of a warm welcome.

Struggling with your health? The NHS provides a range of dedicated veterans health services.