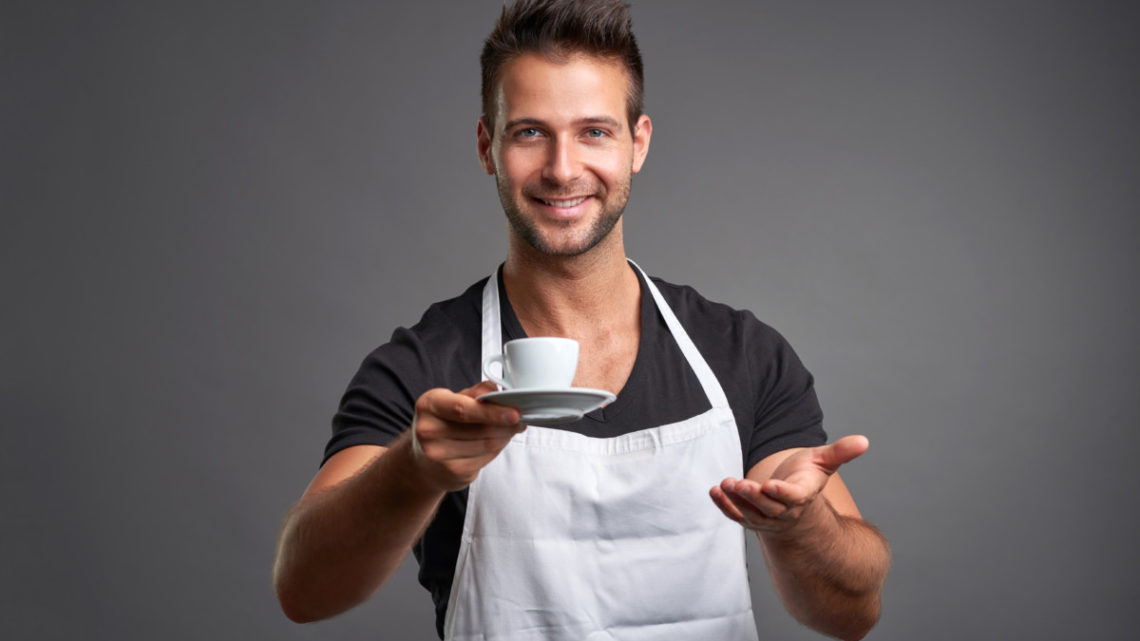 Coffee shops or cafes are present in almost every high street environment in the UK. We look at the general methodology behind the franchising model and ask if there’s still money to be made from a cup of Joe.

The franchising model takes a well-known brand and enables investors (franchisees) to gain a head start by running their own piece of the business in exchange for a monthly fee or percentage of profits. Many big name companies do this and franchising is seen as less ‘risky’ than going it alone. Instead, you get to follow a tried, tested and successful business model.

Franchisees pay an upfront fee in return for training/instruction in how to run their franchise. They can then access continued advice and support as well as necessary materials to keep things running smoothly.

According to research by consultancy, Allegra Strategies, the UK’s coffee sector has achieved 20 consecutive years of growth and has an estimated market value of £10.1bn. Add to that figures showing that a further 1,300 branded coffee shops opened in 2018 and the industry looks like it’s running on double espresso.

The trend may yet continue with some estimates suggesting that by 2025 there’ll be more than 30,000 coffee outlets to keep pace with demand.

Coffee franchises can require large investments to launch and you’re also likely to need staff, rather than running the business literally by yourself. Nevertheless, a brand will give your business a head start and reduces marketing and advertising costs.

Sure, a very large coffee franchise will require you to take on a premises and a number of staff. Smaller opportunities in the coffee sector still exist. Mobile coffee franchises based around a van or rickshaw mean that they can take advantage of a route or can just ‘pop up’ where the action is – such as outside an office building or railway station.

Moving away from the barista lifestyle you’ll also find opportunities in providing machinery and other products to coffee shops. These tend to be affordable franchises and can be worked from home within a territory.

Coffee shops generally live on the high street which is currently a very challenging environment so even with the support of franchisors, the franchisee will have to be on their game.

Convenience is king in the coffee arena, even ahead of quality, with footfall and retention of customers both key to success. The UK’s three largest branded coffee chains, Costa Coffee, Starbucks and Caffè Nero make up 53% of the total UK branded coffee shop market. Interestingly, none of the big three are currently looking for franchisees in the UK but instead appear to be looking to form partnerships with cinemas, hotels, petrol stations and the like.

The fact is that the marketplace is changeable – hovering just outside the big three, as the UK’s fourth most recognised coffee outlet is McCafé – and furthermore there are no standalone McCafé outlets in the UK.

The figures don’t fib but there may be an opportunity to be part of a market shift. Smaller franchises will undoubtedly start to look at how they can evolve their businesses to take up any space left by the larger brands. Have the big three taken their eye off the ball? Didn’t we start drinking coffee in cafes because vending machines were so terrible? Yet, the big three can’t wait to install more of them… Vending machines can’t make a cup of Joe ‘just so’ – but you can!

Since far fewer franchise operations fail than other start-ups (only around 4% annually), banks are more likely to loan to franchisees.

Most banks have franchise loans available. Other forms of support include the government-backed Start Up Loans Company (which loans up to £25,000), a Royal British Legion Employment Support Grant, or enterprise help from X-Forces.

There are good, bad and middling franchise operations out there. Diligence on your part is crucial and should include talking with other franchisees to get a realistic picture of the day-to-day. Also speak with organisations such as the British Franchise Association who can help direct you towards accredited franchise set-ups.

Franchising is all about following the formula; the tried and tested way of working that saw the brand take off in the first place. A background of listening to mission procedures and applying them is the ideal training – and it could be a great advantage for a coffee franchisee.

Even an average coffee drinker will have a very definite idea of what their coffee should look and taste like. It seems that every one of us is suddenly interested in where the beans come from and how they were traded – and of course, the environment they are consumed in. Get it right and you’ll find yourself part of the customers daily routine for years to come.

Coffee Blue is a van-based mobile coffee shop franchise opportunity serving high-quality espresso coffee and snacks to workplaces and venues. With a starting fee of £13,950 it represents the lower investment end of the market.

There is no premises to worry about and no staff since you’ll work from a converted van.

Coffee Blue estimate that daily takings should be between £350 and £500 based on repeat business with predictable profits. (Revenue from events and weekend activities can also increase earning potential.)

This franchise is positioned at the high end, cutting edge of the coffee marketplace with plans, seemingly, to attack the existing homogenised coffee shop experience, by applying their artisan-based culture.

The minimum investment is £100,000 but this will set you up with what they describe as “artfully distressed environments”, complete with “idiosyncratic brand language”. In other words, they are looking to set up a chain of destination cafes.

Naturally, all franchises follow a specific model but it seems that the Alchemista brand is strict in the application of its culture, which “Has been created to appeal to today’s switched on savvy, contemporary coffee lover”. Indeed, the franchise has apparently engaged “culture specialists” to help the brand achieve its vision.

Both example franchises available via: www.franchise-uk.co.uk