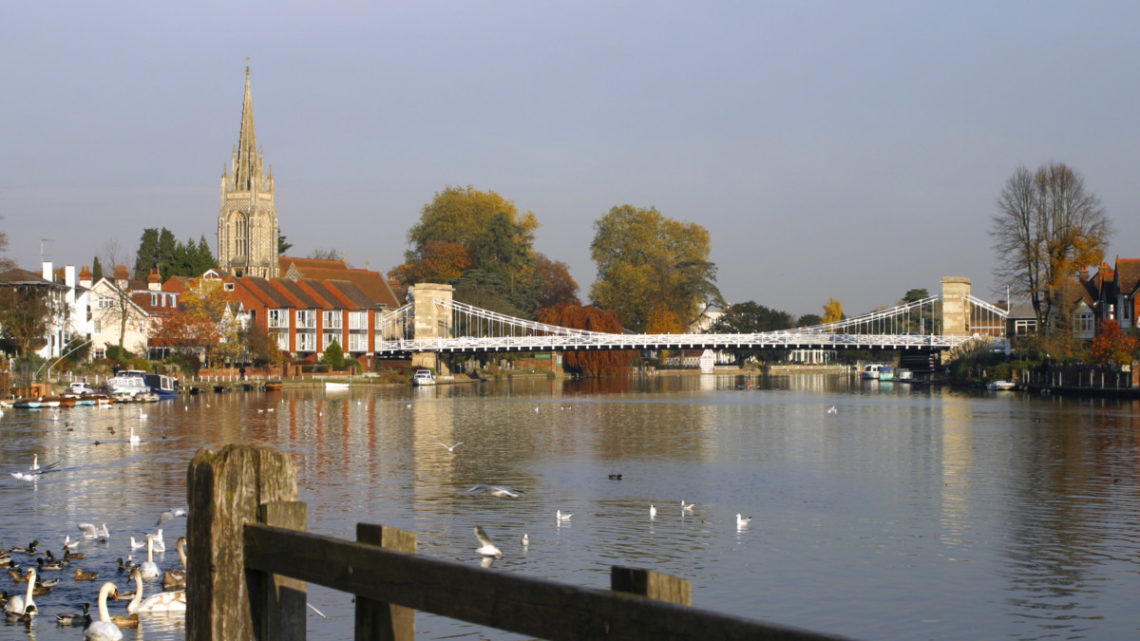 When looking to relocate after the Military, it may seem like all the employment opportunities are within the big cities or towns. But if you yearn for the quieter, country life then there is a way to get it.

Commuting is rarely considered in terms of its advantages, but it could well be the solution you are looking for. We look at three Areas of Outstanding Natural Beauty (AONB) within commuting distance of key employment locations, including London, to show how you could have the best of both worlds when it comes to your home and work life.

The largest of all the UK’s Areas of Outstanding Natural Beauty (AONB), the Cotswolds covers 800 square miles of rolling hills, from the upper Thames to just above the Severn Valley. With its lush countryside, the Cotswolds is a picture-postcard area of England that takes in six counties – Gloucestershire, Oxfordshire, Wiltshire, Somerset, Worcestershire and Warwickshire.

Depending where you settle in the Cotswolds you could do a daily commute to Oxford, Bristol, Bath, Birmingham, Milton Keynes or Northampton.

London is within reach, but it depends on where you live. The shortest journey by rail is 90 minutes, from Moretonin-Marsh, in the north of the Cotswolds.

If a longer daily commute is not for you, the Cotswolds has some large towns that could work for the former Forces employee with the right experience and skills. The main towns include Gloucester, Worcester, Cirencester, Cheltenham, Stroud and Chippenham, which all fall within the Cotswolds’ AONB.

If you’re looking to live and work within the Cotswolds, there are opportunities to transfer your Military skills. According to a 2017 report on local employment, the main job areas are in real estate, business, manufacturing, retail and wholesale. Agriculture and its associated trades are also an important source of local employment, while health services and education also make the key employer list. Notable industry employers in the Cotswolds include EDF Energy (Gloucester), GE Aviation Systems (Cheltenham) and Spirax‐Sarco Engineering (Cheltenham).

Its green hills may be vast, but the Cotswolds is by no means isolated. Travelling from or to Oxford or down to London, the M40 is reachable while the M4 to the west offers routes to Birmingham and Bristol.

The Cotswolds is also well connected, with mainline trains from London, the Midlands, the North and the South West of England. The main stations can be found at Moreton-in-Marsh, Cheltenham, Gloucester, Kemble, Stroud and Kingham. There are also regular rail services to the Cotswolds from London Paddington, London Marylebone, Cardiff, Birmingham and Bristol, although the shortest commute is 90 minutes, with other journeys breaking the two-hour mark. The mainline stations at Bath and Oxford can also be easily reached.

It goes without saying, there’s a price to pay for all this outstanding natural beauty, with the average price for a three-bed semi-detached hitting £318,475. You can get a smaller terrace house for around £175,000. If you avoid the really expensive postcodes, with the Gloucester areas of Kingsholm and Wotton showing some of the most affordable house prices.

The payback to commuting will be living in one of the most beautiful areas in the UK. This is a rural place and for the outdoor lover, there’s lots to explore. There are also plenty of pretty market towns for shopping, eating and socialising while Gloucester and Cirencester offer a variety of social activities. For your theatre and culture fix, hop on a train to Oxford or Bath.

Located north-west of London and running to the Hertfordshire border, the Chilterns is a narrow strip of protected land, around 62 miles long. With a stunning landscape of chalk hills and woodlands, this is a small but perfectly formed area of outstanding natural beauty, regularly voted as one of the best places to live.

With the Chilterns bordering on the counties of Bedfordshire, Buckinghamshire, Hertfordshire and Oxfordshire, there’s plenty of choice for your commute to work. Depending on where you choose to settle, Luton, Milton Keynes, Watford, Reading, Slough, Swindon and Oxford are all within travelling distance while London, Bristol and Northampton are also within reach.

The Chilterns have some closer options on hand that could reduce the daily journey. The main towns around the edge of the region include Amersham, Beaconsfield, Berkhamsted, Chesham, High and West Wycombe, Goring, Henley-on-Thames, Tring, and Wallingford.

London can also be reached from High Wycombe in 30 minutes, while Chesham is on the Tube network.

So well located, there’s plenty of employment scope for ex-Military personnel with the right experience and transferable skills, within the Chilterns, in London and other commutable cities. The professional, scientific and technical sectors account for almost a quarter of business in the Chilterns, followed by health, education and retail. IT and the creative industries are also growing.

With a population of 94,500, the Chilterns also has an unemployment rate of 3.3%, however, there is a growing demand for highly skilled workers in the area’s key employment areas.

With the Chilterns you can have the best of both worlds – access to city jobs then returning to greenbelt each day – as the whole area is well-served with transport routes.

The M40 gives access to Oxford and further on, the M1 and London, and M25 to Greater London, while the M4 heads to Bristol and the South West. The rail links are also excellent, with four rail companies – London Midland, Chiltern Railways, Thameslink and First Great Western operating to and from the area.

With the Chilterns being so convenient for Greater London and the City, house prices are at an AONB premium, although if you choose your area you can find something more affordable. The average flat in the Chilterns sells for around £221,000 while average terraced houses fetch £348,769.

The Chilterns are a mix of stunning countryside and all the amenities and social activities you would expect in any commuter belt near to a major conurbation. You get 324 square miles of green scenery, quaint villages and market towns, with easy access to the shopping, dining, cultural and social activities of the surrounding cities and larger towns.

Taking in the counties of Berkshire, Hampshire, Oxfordshire and Wiltshire, the North Wessex Downs are home to the famous Uffington White Horse hill as well as over 670 square miles of beautiful countryside. The Downs sit the other side of the M4 to the Chilterns and as the third largest AONB, has a wonderful mix of rural life, outdoor activities and small towns, yet is a relative stone’s throw (in commuter terms) to large urban areas.

With the Downs, your commuting options are good, although your journey times will be over an hour on average. Depending on where you settle, Swindon, Bath, Reading, Oxford and Bristol are commutable; London/ Greater London can also be reached.

If you want to keep your commuting time down, the surrounding towns of Basingstoke, Swindon and Reading could be a good option for former Service personnel looking to start a new career. Newbury, Devizes
and Andover are also all within daily commuter distance.

With a population of 125,000, employment rates are lower than the national average. Around one third of the working population are employed within the AONB while the remainder commute to the surrounding urban areas and London.

The racing industry looms large in the Downs, as do the agriculture and tourism sectors. The main business and industry employers are located in the large towns and cities outside the AONB boundary, with particular opportunities in the service industry, science and technology, finance, construction, education and business. For those willing to commute further afield, there’s also Oxfordshire’s automotive industry as well as the diverse career opportunities the Capital can offer.

With the M4 cutting through the Downs, the area also has South Western Railway also operates from London Paddington to the North Wessex Downs and its surrounding towns. London to Reading, for example, takes between 20-50 minutes.

House prices in the Downs are a little more affordable than the Chilterns but are still boosted by the AONB effect. A typical terraced house in the Berkshire area will set you back around £326,000 while a flat will cost on average almost £250,000. The typical cost to rent in Berkshire is around £750 for a one-bed property, rising to over £1,000 for a two-bed.

Chill out in your downtime and enjoy the country life. The area is renowned for its walking, its nature and history as well as horse-riding. Or just simply enjoy exploring the 670 square miles of stunning scenery. For good food and shopping, try out the bustling market towns of Marlborough and Hungerford or for a more active night out, jump on a train to one of the larger border towns – or beyond.

What is the Joint Service Housing Advice Office (JSHAO) and what do they do?