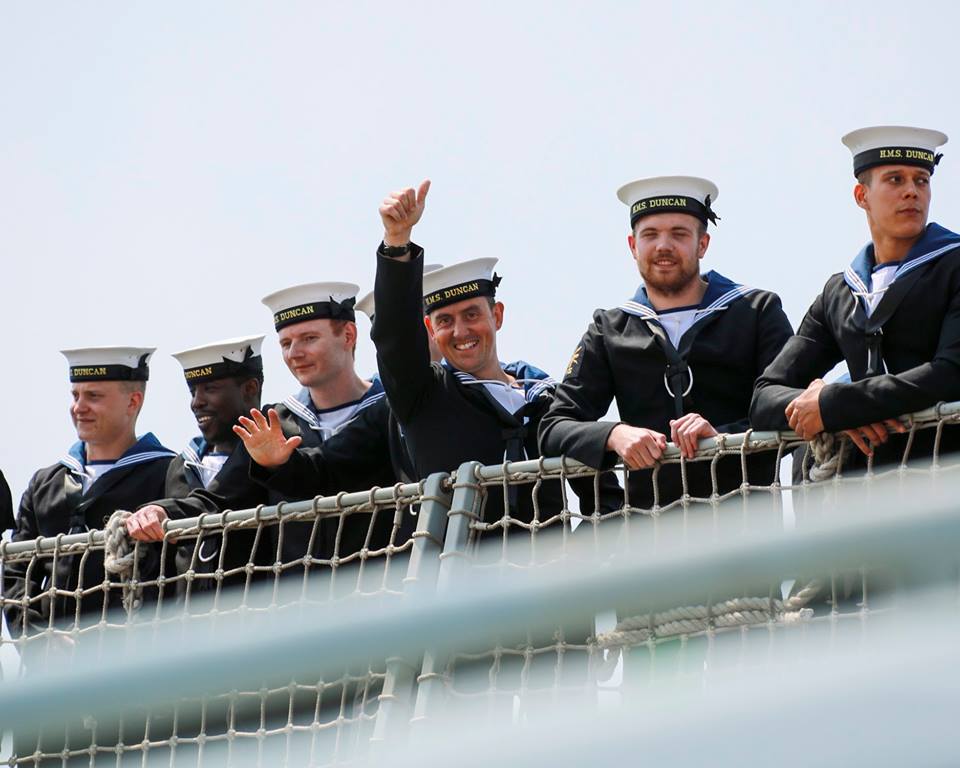 The Royal Navy and Royal Marines Charity (RNRMC) whose mission is to value and support the nation’s sailors, marines and their families for life, has enlisted four new Vice Presidents to help raise the charity’s profile and champion its key messages.

General Messenger, Vice Chief of the Defence Staff, is the country’s highest-ranking Royal Marine. As VCDS, General Messenger plays a leading role in the future development of the armed forces including the definition and delivery of future military capability requirements and for co-ordinating delivery of
top-level decisions – making, implementation and monitoring progress. He is the Defence Board lead for military personnel, training, cyber, risk and innovation.

General Messenger became Patron of the Royal Marines Charity (part of the RNRMC Group of Charities) in 2018 and is a longstanding supporter of our work.

Sir Tim Laurence is Chairman of English Heritage Trust, having previously served for four years as a Commissioner for the organisation and is the Vice Chairman and naval representative on the Commonwealth War Graves Commission. A career naval officer, his time in uniform ended after serving for three years as Chief Executive in charge of the Defence Estates Organisation.

He is also a Trustee of both the RNLI and HMS Victory Preservation Company.
His charity experience will bring additional strength to our advisory group.

Sir Roger’s business experience will be invaluable as we broaden our message to new audiences.

Stephen Watson has served as a Trustee of the RNRMC from 2013-2018. He is the Chief Executive and founder of the media and communications group, CTN. Stephen is a former BBC News and Current Affairs Producer and has spent his career advising international companies, governments and leaders on communications strategy and reputation. He is President of the British German Association and Chairman of Tusk Trust, the African Wildlife Conservation Charity. He serves as an Honorary Captain in the RNR and as an advisor to the Royal Navy on its strategic communications and political
engagement.

In announcing these important appointments, which take effect from September, Admiral Sir Jonathon Band, President of the RNRMC, said:

“Firstly I would like to express the gratitude of all at the RNRMC for the tremendous support we have received over the past decade from our outgoing Vice Presidents – Vice Admiral Sir Alan Massey, Sir John Parker and Lieutenant General Sir Robert Fulton. All three have been exceptional advocates, friends and ambassadors of the charity.

As we turn the page to our second decade, having distributed over £60 million to our beneficiaries, we are delighted to enlist four new Vice Presidents to help us to develop and build relationships with important institutions, policy makers and influencers, open doors and increase awareness of the RNRMC among key stakeholders. Collectively the appointments of General Sir Gordon Messenger, Vice Admiral Sir Tim Laurence, Sir Roger Carr and Stephen Watson will be tremendous assets for the Royal Navy and Royal Marines Charity and help further the work that we do in supporting the Senior Service.”

“The Charity has been immensely fortunate to have been able to turn to our senior friends and advisors over the past decade. As we look to the future, the Board is delighted that four such busy and respected figures have agreed to serve as our Vice Presidents. There is much to do as we take the Charity on its journey of ensuring that our sailors, marines and families are valued and supported. Our new Honorary Officers are a crucial part of our team and we are grateful for their commitment.”

The Royal Navy and Royal Marines Charity is the principal charity of the Royal Navy. It works hard to ensure that sailors, marines and their families exist in a world in which they remain supported, for life.

From life-changing grants during times of immediate need, to smaller deployment grants that aid morale and retention – the RNRMC works hard to ensure that no one is forgotten.

For more information on the Royal Navy and Royal Marines Charity, call 023 9387 15020 or visit www.rnrmc.org.uk