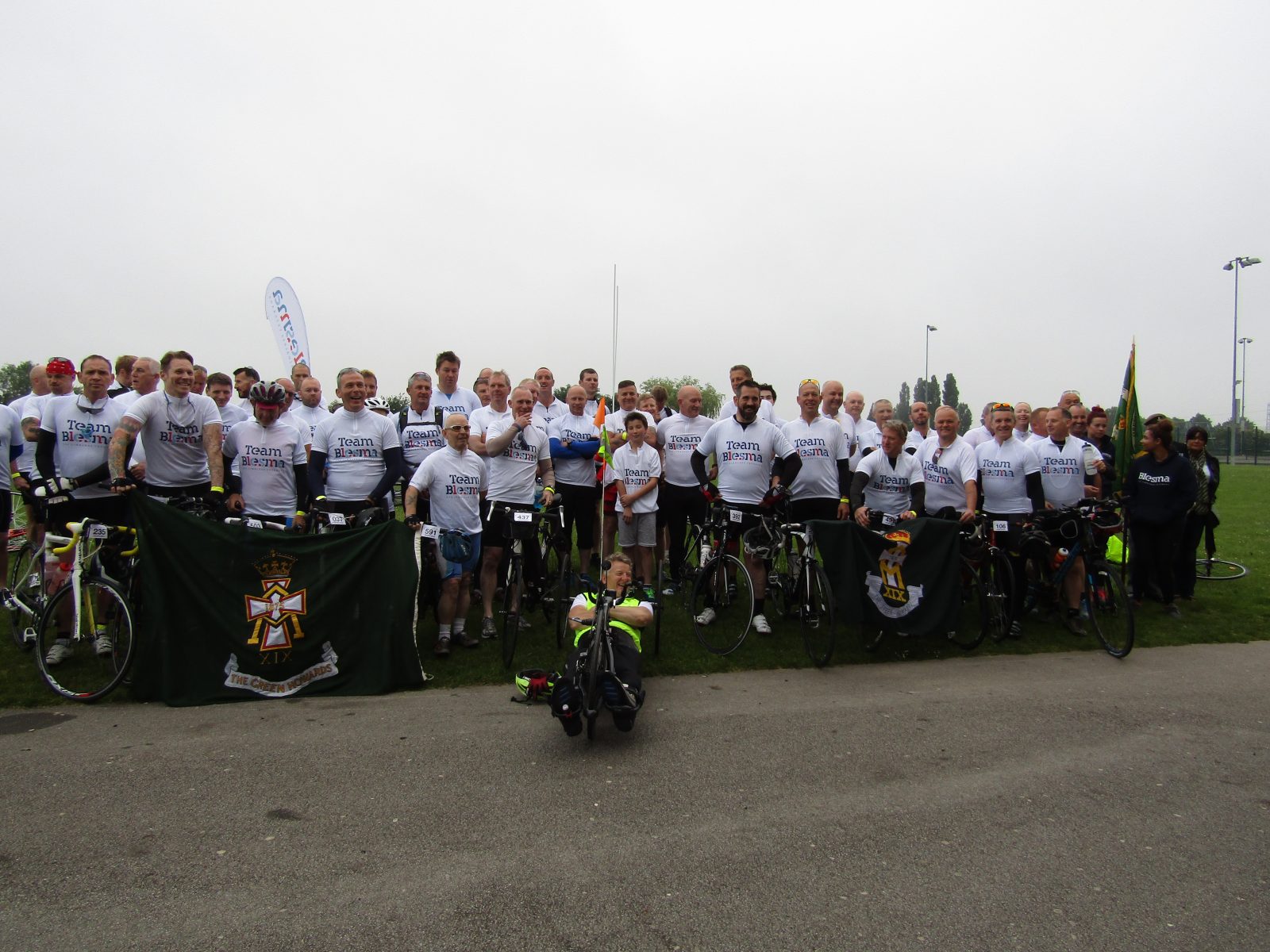 A group of veterans – including some severely disabled – are preparing to take on a 100-mile bike ride through the Vale of York on Saturday 26th May, to raise money for Military Charity Blesma, the Limbless Veterans and Cancer Research UK.

The Blesma 100, which will be in its third consecutive year, will start and finish in Market Town of Easingwold, North Yorkshire.

The route will take the group anticlockwise up to Thirsk on flat, almost traffic free roads, before heading south to Topcliffe and Boroughbridge. The route will also criss-cross the River Swale on and cross the 18th Century bridge at Aldwark.

A number of the group, including team organiser Jonathan Bell, will be completing the challenge on hand-cycles. In its first year, Jonathan was one of 76 veterans, most from The Green Howards Regiment, to cycle 100-miles through the South Yorkshire countryside to raise £32,000 for fellow injured veterans. Over 150 riders, plus family, friends and supporters joined the ride last year.

Jonathan, a Member and ambassador of Blesma, was injured with a number of his colleagues from 1st Battalion, The Green Howards while they were on a pre-deployment training exercise on Salisbury Plain in 1993. As a result of the accident, Jonathan was left paralysed from the upper chest, with severe head and leg injuries, and a foot amputation.

This year, the bike ride will launch Blesma’s annual fundraising week, Blesma Week, which will run from 28th May – 03 June 2018. The week encourages people wherever they are to put on their own fundraising event.

Jonathan, 53 from Weybridge in Surrey, said: “Having only my arms to propel the handbike means I have to start training early if I’ve any hope of being strong enough.   I’m on a static trainer while the weather is bad and will be out on the roads soon building up the miles and endurance. It’s a big challenge for all of the guys but we’re determined to finish.”

Blesma, The Limbless Veterans is the national charity for all limbless service men and women, their widows and dependants. It was formed in the years following the First World War and became a national charity in 1932.

XFE and the FPSCF Launch New Initiative for Forces Widows