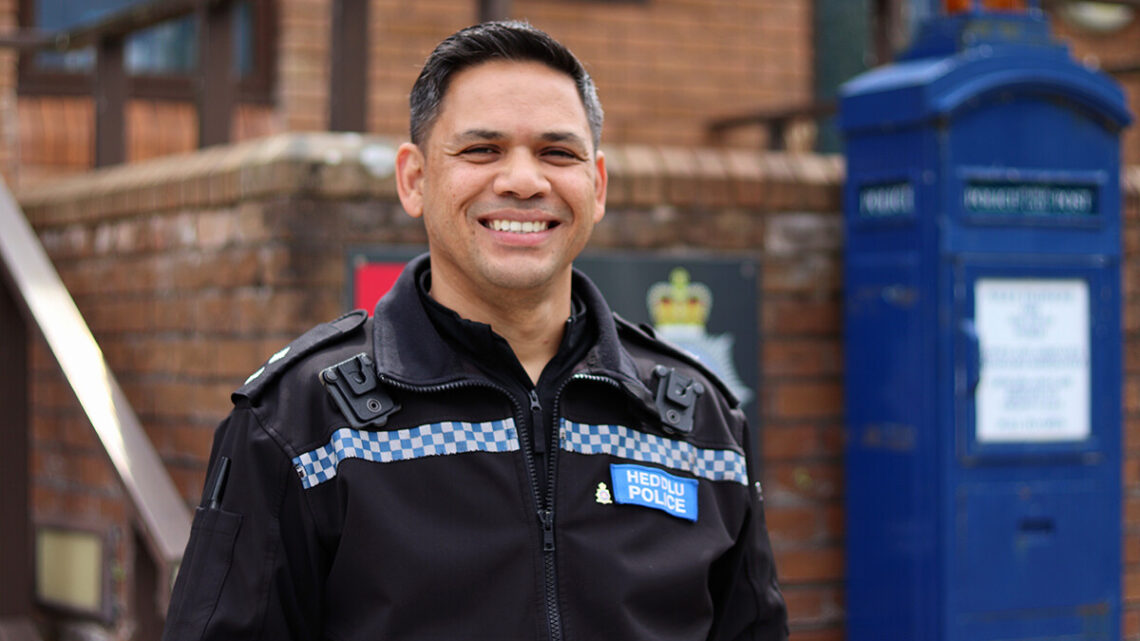 For those leaving the Armed Forces, finding a new career that replicates the camaraderie and variety can be tricky. But your new team is waiting to welcome you to Wales…

Detective Superintendent Paul Jones, who joined the force after 10 years in the Royal Navy and now co-leads its Veterans’ Support Network, said: “I feared I would struggle to cope with civilian life, with the lack of structure after having spent many years at sea with strict routines. Not to mention studying and learning about policing and law… I left school at 16 with three O levels!”

He added: “Over 23 years later I am privileged to be a detective superintendent, and I feel I have helped make a real difference in people’s lives.  I love my job and would definitely recommend a career in policing.”

Inspector Kaamil Garnie joined the Police in 2007, after a career in the Royal Air Force. “I wanted to try something new that would allow me to set down roots without sacrificing the diversity and camaraderie of the Forces,” he said. Having achieved the rank of sergeant with Surrey Police, where he was responsible for a team of 10 surveillance operatives dealing with serious crimes such as fraud and robbery, Kaamil made the move to Dyfed-Powys.

“Everyone was so welcoming and supportive, it soon felt like home,” he said. In addition to his current role of inspector, Kaamil is a trained custody sergeant and hostage and crisis negotiator. His communication skills and ability to keep calm under pressure have helped bring incidents like sieges and firearms operations to a positive conclusion, as well as supporting individuals in crisis.

“I think one of the biggest similarities between policing and the Military is that sense of being part of a team,” said Kaamil. “That, coupled with a clear structure, was key to helping me transition to civvy street.”