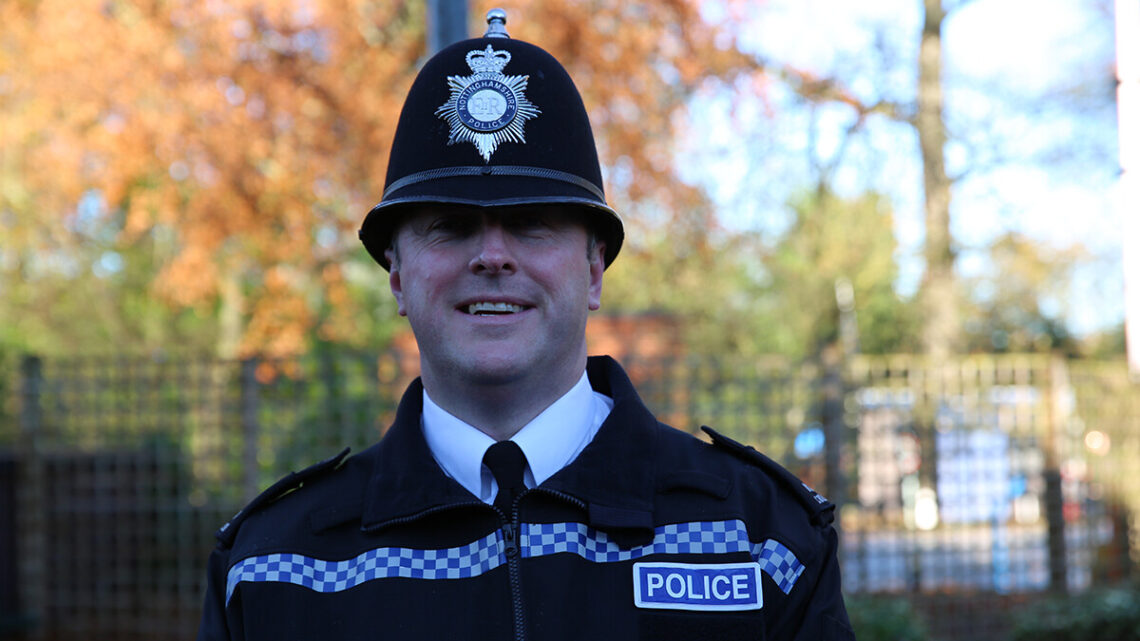 The country’s first scheme to provide a direct pathway for Military personnel to join the Police Service has been launched. Nottinghamshire Police’s pioneering new Military Widening Access Course means serving Military personnel will now be supported to transition into an exciting new career in policing.

With support from the College of Policing, the Force has designed an innovative Level 4 qualification in policing, accessible to those within the Military who are looking to utilise their skills and experiences in the Police Service.

The 12-week pilot course fast-tracks entrants onto the second year of the Police Constable Degree Apprenticeship, which involves on and off-the-job learning in partnership with the University of Derby and Chilwell Barracks. Having joined the Police, the new recruits will complete a two-year probationary period to be confirmed in post as a police officer and achieve a degree.

Skills
Superintendent Louise Clarke, of Nottinghamshire Police, said: “We recognise the skills that are transferable from the Military. They are problem-solving skills, communication skills, conflict resolution and they’ve had some worldwide experience – all of those things we recognise can make a really strong police officer.

The Force is proud to already count a number of former Serving members of the Armed Forces and Reservists among its employees, and the skills and experience Military personnel bring are highly valued.

We’ve had lots come through and been really successful at all ranks in our organisation and, therefore, the Armed Forces is a talent magnet we want to tap into.”

The new Military Widening Access Course is scheduled to begin early next year, with Serving personnel able to register their interest by emailing: recruitment@notts.police.uk

Supt Clarke said: “It’s a 12-week programme which members of the Armed Forces can access while still Serving in the Military but are looking to embark on a new career.

It starts in January 2023 and after that there will be a break so they can leave the Army and resettle in Nottinghamshire, ahead of becoming a police officer in June 2023.

Our message is clear; if you are thinking of leaving the Army before June 2023 and want to become a police officer, this is the programme for you.”

Transition
Former Army Sergeant, Chris Wilson, who became a police constable with Notts Police last year after 23 years in the Royal Engineers, said policing was a natural transition from Serving in the Military: “The core values are very, very similar – things like loyalty, integrity, selflessness and respectfulness. Another big one is courage, both moral and physical.

You have to live by those values in the Army and they’re so similar to Nottinghamshire Police’s PROUD values (Professional, Respect for all, One team, Utmost integrity, Trust and honesty, Doing it differently).

I would definitely recommend policing to anyone in the Military who is looking to embark on a new career.”

The Police and Crime Commissioner for Nottinghamshire, Caroline Henry, said she was delighted to see the new pathway come to fruition, saying: “We recognise the experience, skills and values that Military people can bring to our police force. We like doing things first in Nottinghamshire and I’m delighted that we’ve done it again.”

Chief Constable Craig Guildford added: “Whenever we look to recruit new police officers, we look for people who are compassionate, resilient and above all, dedicated to making communities safer places to live, work and visit.

Many of our Military personnel have these attributes in abundance and that is why we have launched this innovative new pathway with the help of the College of Policing and the University of Derby.”

Become A Health and Care Reserve – Staffordshire and Stoke on Trent

FDM – Your career, their mission