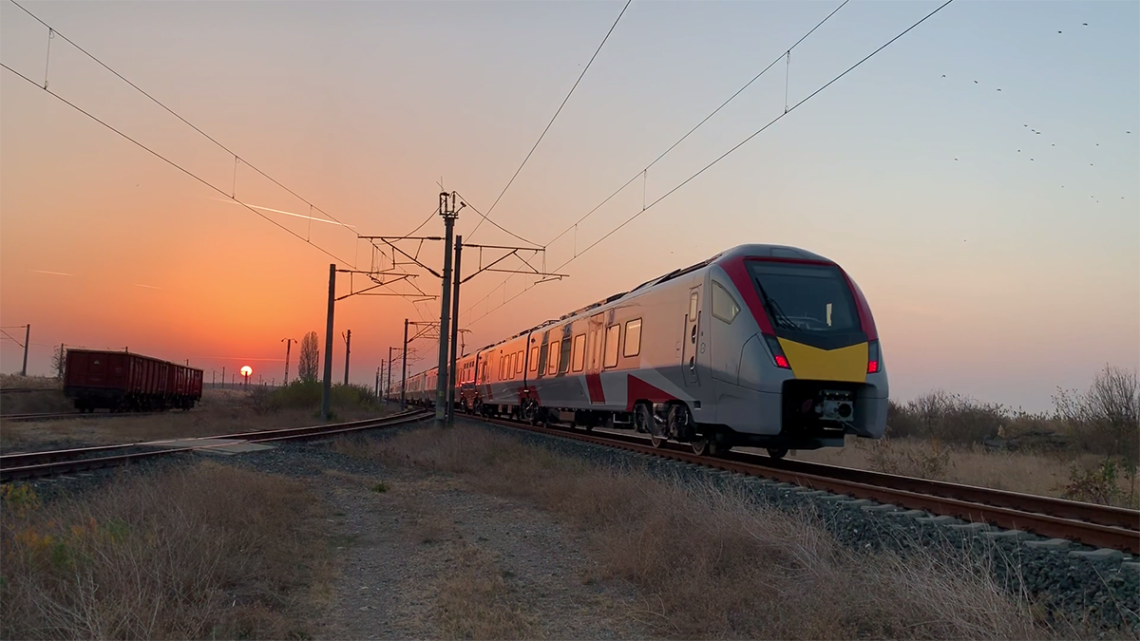 Civvy Life – Keeping it on the rails

Kenny Nesworthy left the RAF in 2017 after a career spanning 22 years. He is now a fleet manager with Stadler Rail Service UK.

What’s your Military background?
I joined the RAF in 1995 when I was 20 as a ground equipment engineer. I was deployed to various locations such as the Gulf, Germany, Cyprus, the Falkland Islands and the Balkans, so was fortunate enough to experience a wide spectrum of operational theatres. In the early days, I was there to physically exercise engineering support to airfield and aircraft operations. Over the last 13 years of my career, I led and managed the teams I’d once been a part of.

How was resettlement?
I was a chief technician at the time, and once I had reached that level, I’d had my fill of overseas deployments and thought it was about time I started to consider my family and life beyond the Armed Forces.

How was resettlement?
Very straightforward, which was down to good planning and making use of the resettlement opportunities that were made available, such as career transition workshops and the sterling work that RAF Boulmer’s education centre did for me. I always knew that I wouldn’t stay in the Armed Forces for my entire working career. My advice to people would be to continue enhancing their CPD as they progress through the ranks. You receive a substantial amount of managerial and leadership training along the way, but I would always recommend that people build on that. After a promotion, job change or new qualification, I would update my CV. I also took full advantage of standard and enhanced learning credits.

To move into the private sector, I felt I needed a little bit more commercial experience to supplement my engineering operational and leadership expertise, so I completed a Bachelor’s Degree in Business Enterprise and Management. At the same time, I was winding down my Military career, but networking and starting to visit local businesses and looking at different industries, talking with people who knew other people. And that’s effectively how I got my first role in the rail industry.

Did you use Civvy Street Magazine during your resettlement period?
It was part of the furniture in our crew rooms from station to station, and in the resettlement centres and learning centres, as well, so I’m very familiar with it. I actually had copies of Civvy Street magazine on my desk, in my office, especially over the last 12 months, because I knew I was entering my resettlement period.

I guess even before I decided that I was going to push the button and leave, you’d look on the front page, and you’d see what was in there. It would have profiles on people across the three Services and you’d think: ‘Well if he can do that, I can do that’. I thought that was very, very useful.

How did you get involved with Stadler?
I joined Tyne and Wear Metro, a regional light railway in the north east, which serves the great city of Newcastle!

A performance engineer, who was also a colleague of mine when I worked in Cyprus had left the Armed Forces before me, but we’d kept in touch. He knew I was in my resettlement period and he said, ‘Look, there’s a vacancy coming up with Tyne and Wear Metro and I think you’d be ideal for the job’.

Then, some years later, the fleet manager’s job, here in Liverpool came up and I thought, you know what, this is a prime opportunity. I joined Stadler in October 2020, and I’ve been in this particular post just over a year. It’s a very dynamic, and interesting role, looking after two fully operational depots. I’m most enthused by leading a team of professionals, who day in, day out, perform at the highest level. We’re currently in transition, which effectively means we’re accepting a brand new fleet of trains for our customers while we’re still maintaining and running a legacy fleet.

As the regional head of Merseyside, I find that the responsibility is aligned to the senior roles undertaken in the Armed Forces, with no two days the same and a very operationally focused approach. I attend operations and production meetings every day, making sure any faults that are reported are dealt with in a swift and professional manner, and handle the overall administration of all the teams that maintain the trains. There are also other commercial aspects of my role, such as budget management and taking care of all the finances for both depots. It’s a very diverse and rewarding job.

Stadler has a great relationship with the Forces Family…
The relationship with the Armed Forces community is growing from strength to strength. Three out of the four of our location managers are ex-Armed Forces professionals, and a fair few of our technicians across all the sites are ex-RAF engineers or ex-REME engineers. Certainly, when I’m interviewing or when I’m looking through CVs, guess what the first thing I look for is? I always have a look, because you know exactly what you’re going to get: somebody who’s well trained and well disciplined. We’re always actively on the look-out for talented Armed Forces people. We’ve also just signed up to the Armed Forces Covenant which exemplifies our commitment to the Armed Forces Community.

What do Service-leavers and Veterans bring to Stadler specifically?
First and foremost, I see potential. Some of them just don’t know how good they are – they don’t know what they’ve got in their locker that they can offer. It’s not until you actually put them into an operational scenario that the penny drops. Then they realise the skillset that they bring, the communication skills, professionalism, presentation skills, how they hold and conduct themselves. And of course, the technical training that they’ve received is second to none.

What specific skills and attributes do you find yourself drawing on in your current role?
The ability to think on my feet. Being on operations with the Armed Forces the situation can change rapidly. When the situation changes rapidly in this industry, you’ve got to react to it. And I’m not just talking about a derailment or an incident that requires a dynamic response, which naturally we can draw on our experience and deal with. The day-to-day business of the rail industry is akin to what you’d see on an operational station. On any given day, you’d often see a change in pace whether it’s reacting to a breakdown, a change in customer requirements or something as simple as a last-minute call for a ‘hot spare’ train which has to be mobilised. Obviously, there are the occasions where there’s an incident on the network and the entire team have to be deployed. The pieces of the jigsaw just slot together and the job gets done to a professional level.

What do you miss from the Armed Forces?
I enjoyed a really successful career in the RAF. I loved its ethos of putting the needs of others before yourself, the teamwork, the camaraderie, and the professionalism. It stands up really well, especially in this industry and I have to say it is appreciated: you can spot an ex-Serviceperson a mile off.

An Ex-Para plans to ride from Exeter to Lands’ End on new adapted bike to raise money for SSAFA.

How to join the Digital Infrastructure Industry