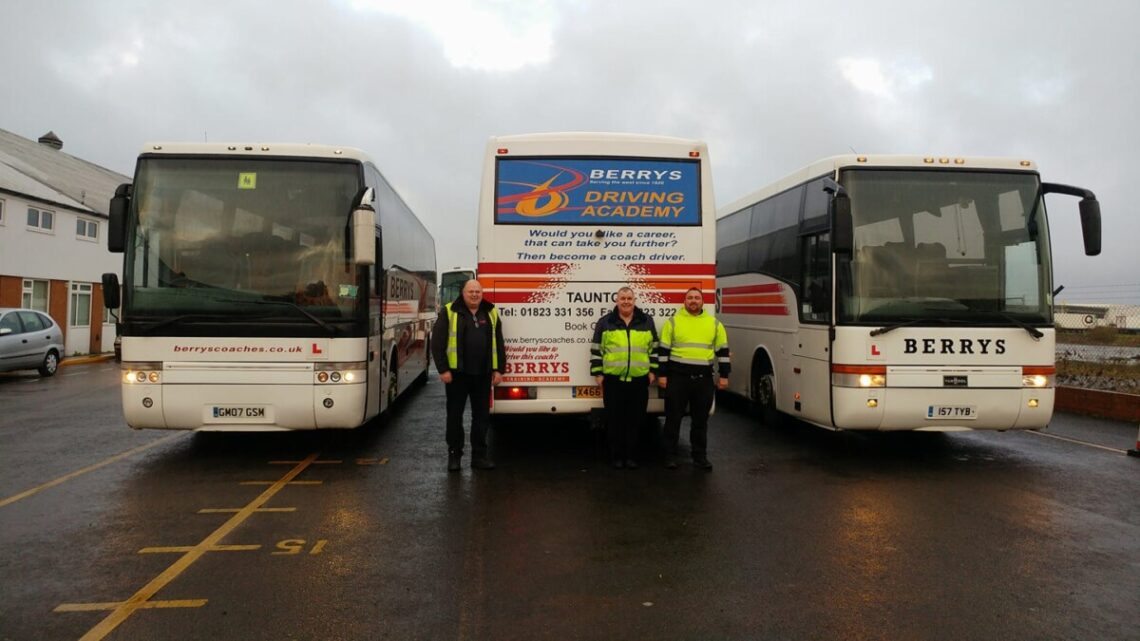 Former Weapons Mechanic, Ade Thorne left the RAF in 2015 after Serving for 37 years. He wanted a fresh start and a new career in a completely different area and started as a coach driver with Berrys.

Ade has gained experience since he started on school runs, football charters and his favourite gig, taking the Royal Marine band to numerous locations, which reminds him of his Forces days.

As part of his resettlement package Ade received 80% of the fees needed to pass his coach theory and practical tests and has now progressed to the point where he’s started to train the next set of coach drivers.

Ade says: “I do a variety of training from instructing in the classroom in all aspects of vehicle safety and other nationally recognised subjects, to driver training. I am now a registered Assessor approved by DVSA and a registered trainer with the Association of Trainers. But the feeling you get

when somebody passes their driving test is just the best reward you can get for your efforts.”

Berrys Coaches do a variety of work from local home to school bus services, long distance express services to London, private hires going anywhere from across town to Europe (including Military transfers) as well as our own day trip programme.

Based in Somerset, Berrys Coaches serves the South West with passenger transport requirements. We’re a family business stretching back over 100 years, having been founded in 1920 by Clifford Berry shortly after he returned from serving in World War One, so you could say the Military is in our blood.

Our training academy provides ongoing development for our staff as well as full coach driver training for anyone who has a car licence and we are currently hiring for trainee or qualified PSV drivers.