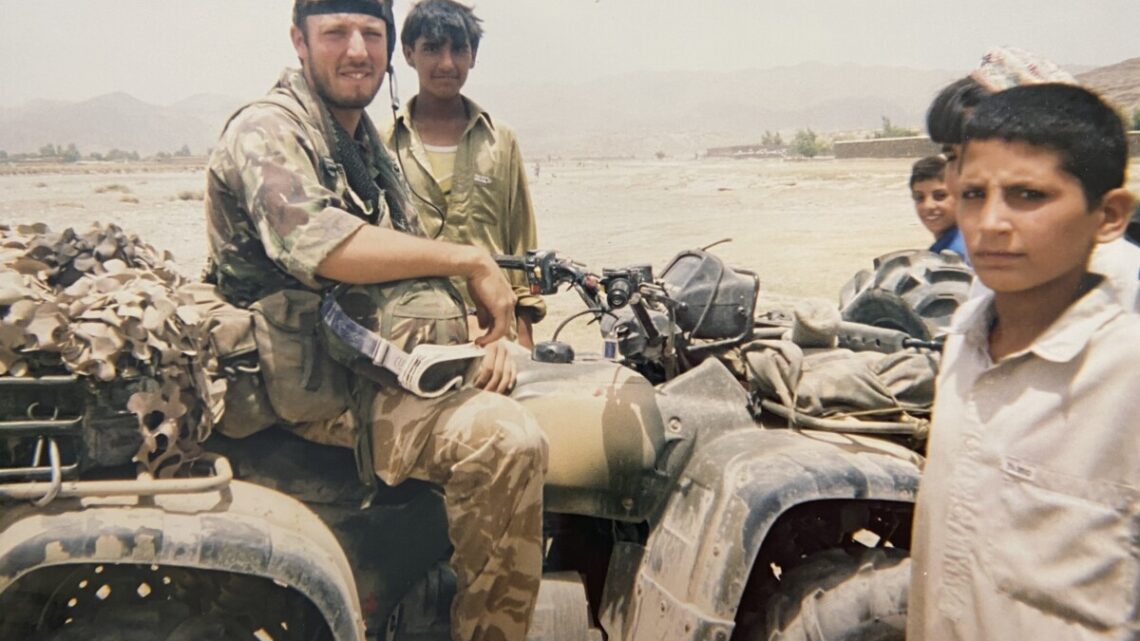 Civvy Life Remember who you are!

Mark Hardie MBE is a former Marine Commando who toured extensively, including in Sierra Leone and Afghanistan. He is the Military Advisor to the National Museum of the Royal Navy and is a Visiting Professor in Leadership, Ethics and Professional Practice at Bath Spa University. His new book, ‘Think Like A Marine: Anticipate, Adapt, Achieve’ has just been released.

How was resettlement?
I didn’t really do it. I was at Commando Training Centre when someone who I was working with at the time had his own little company involved in coaching and training offered me a job. I was a bit naïve when I first left, I didn’t really do the research in enough detail. I left because I lost faith with the leadership through that whole Afghanistan period; through casualties, through the fatalities. I thought, ‘I’m done with this’. I didn’t really think very much about leaving in that last year. I only gave myself 12 months before I left.

About a year after that, I realised it wasn’t working. That’s when I did some mind fitness training. I did an executive coaching course and I started investing in myself.

So, in that way, you took on your resettlement yourself?
Yes. People were saying maybe you should go into coaching, you’re quite good at that. I was interested in how humans perform in adversity – and part of that was my experience of working with the casualties and injured guys.

How did you come to write ‘Think Like A Marine’?
I went back in as an FTRS in 2016 with the Royal Marines. I currently work as an adviser to them for the new Royal Marines Museum. Purely off the back of that I got introduced to Pitkin publishing and they were looking to write a book. They said, we think there is a book called, ‘Think Like a Marine’…

The opportunity seems to have found you at a moment, when you’d resolved a lot of your experiences and thoughts…
I’ve had a lot of friends say you should write a book. Partly because of the route I took.

An awful lot of people leave the Military with baggage, get some therapy or get some treatment that works and immediately become zealots for that treatment, as in ‘this fixed me and it will fix you’. I’ve been navigating this space of mindfulness cures everything; mindfulness fixes every life problem you’ll probably ever have. If everyone in the Military’s taught mindfulness, they’ll be better Soldiers, better strategic thinkers, better this… No, I don’t agree with that. If your systems, your command and your leadership is good, then meditation or mindfulness might amplify and improve what’s already good. What you’ve got to do is give humans the skills to define the problems and come up with the solutions.

Royal Marines do think differently. When they’re encouraged to think differently; that unlocks the huge potential of people who join the Marines. We always had Marines who were intelligent, who joined with degrees or A levels. They’d been county level sportsmen, and so on. If that attention is channelled the right way, they’re exceptional, creative, brilliant people.

When I did my master’s degree, I was interested in how we can improve Military training. The premise is basically, if you think you know it all, then it will not go your way. So, you have to be open to learning. Every single day is a learning day, you’re learning all the time. If you go in with any ego, or any, ‘Well we’re the British and we’re good at this’, then you’ll miss all the learning opportunities that are there.

The best Marines I saw kept doing all the stuff they were taught, not only because it was just ingrained, but also because it made sense. And the idea for this book was like going back to doing what you know you can do, look to when you were at your best. If you’re struggling now as a civvy, look back and think ‘Well, I looked after my kit, I did keep fit every day, I approached problems and challenges, I stepped into them rather than away from them’, and all that kind of stuff.

You’ve got the skills already. Use them in a way that works for you. Go back to what you’ve been taught. This time it’s just for you.

In a way, is the book a record of those things you miss from the Forces?
I was .pretty angry when I left and it took me a few years to start to figure that out. I went back in and I did some important, meaningful work that I enjoyed. When I went back in I enjoyed working with good people.

So what’s your best advice for Service-leavers?
I used to tell my Troop Commanders ‘I can guarantee you will leave the Royal Marines one day and the sooner you think about what you’ll do next, the better it will be’.

They went on to do in Service MBAs and MAs, etc, which gave them more options and information to make a good decision when the time came. Ironically, I only figured out what I wanted to do next after I left.

‘Think Like a Marine: Anticipate, Adapt, Achieve’ by Mark Hardie is published by Pitkin.

A unique trade on land and sea