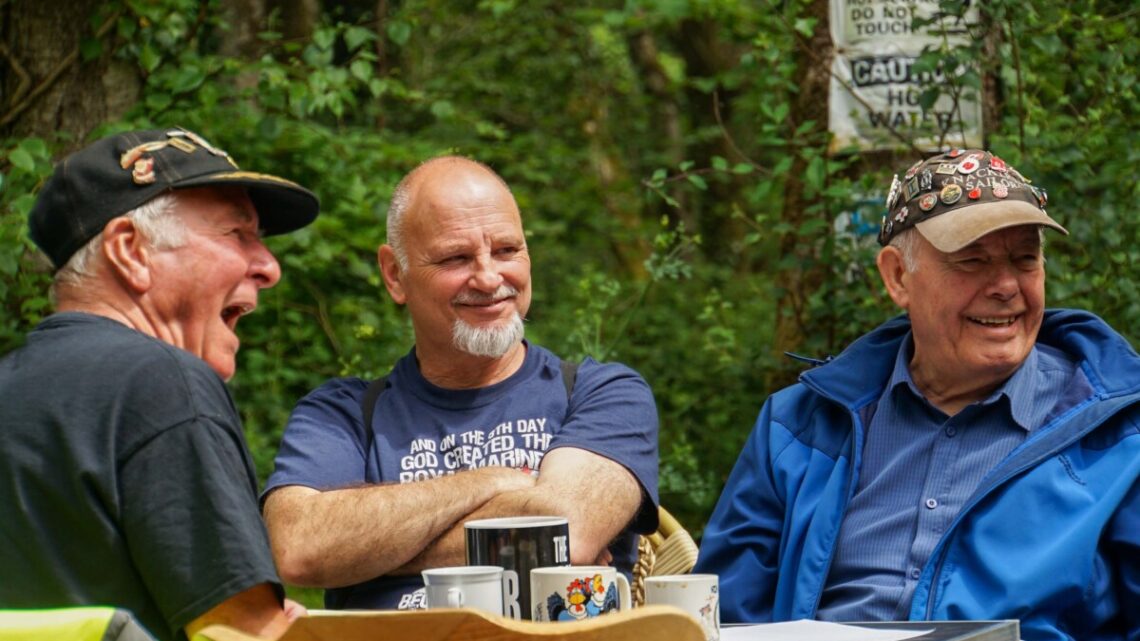 After a short and difficult period in the Forces, Adam is helping Veterans find their way, with Military charity, Battling On.

It was my mental health. It was alright at Dartmouth. It was just a combination of different factors. I just had a complete breakdown. I couldn’t talk to anyone, I was shaking all the time and I couldn’t sleep.

How did you attempt to tackle it?
I was talking to a lot of doctors and psychologists that were part of the Navy setup, so I spent a lot of time in Drake. I was given tasks around the bases and was stationed at the meteorological building in Drake, then later at HMS Vivid. During that time I was going to regular appointments, talking to various different people, trying to figure out how I could come back from the brink, as it were.

I was looking to come back in; I was about a month away from going back into training and I just had a complete breakdown. After that, the people I was talking with turned around and said, ‘it’s obvious that this is a recurring problem now’. So, there was a mutual decision that it was probably best that I be medically discharged.

What kind of resettlement options were you given?
There were a couple of days in Drake’s; something about basically going into civvy life again. I was confused for a whole year basically. I didn’t know what I needed and I did whatever they told me.

How did you come to be involved with Battling On?
One of the things that they did was send me to TILS (NHS Veterans’ Mental Health Transition, Intervention and Liaison Service). It’s a transitionary thing, so it’s halfway between DCMH (Departments of Community Mental Health) and civvy doctors essentially.

They were really quite helpful. One of the first things they suggested to me was Merryhue Farm which is run by Battling On. I went down there and I started doing woodwork and practical skills at the forest school. It helped and it gave me somewhere to go where I felt safe to say what I needed to say. Obviously, then lockdown happened, which didn’t help matters but they were still letting people in occasionally, depending on which part of lockdown we were in.

I was hired to do media and marketing: social media, photography and videography. I was about to take up a job doing homecare stuff that I had no interest in. I came back to Battling On just to relieve the stress that was building up from that and I said I needed to take the job because I didn’t have anything else. They asked me about what I was good at. I do filming for local football clubs when I’ve got time off, I do some social media stuff and they said ‘we’re after one of those’ – and so they offered me a job – and I’m still here.

What does Battling On give to Veterans?
It’s brilliant, you can tell when you’re speaking to the people who work here that it’s not just a production line. We don’t bring people in and then kick them out and say, ‘alright the job’s done now’. We make sure that they leave feeling better. Sometimes they don’t really leave, they keep going back – and we’re happy to accommodate that.

I remember there was a guy; he and his wife were having some serious difficulties. He was an alcoholic and they separated. He was coming regularly to Battling On and getting help. He looks so much brighter, he’s got a job, they’re back together and they’re just smiling. It’s amazing to see the work that we’ve done here.

The people who run this place, Battling On, saved me as well. Without them, I certainly wouldn’t have recovered in the way that I have, and who knows where I’d be because I was really down in the dumps. They changed my life really

What’s your best advice for current Service-leavers?
Civvy life is daunting. It can be really difficult because it’s a totally different way of life. You see a lot of people struggling to adapt but humans are very adaptable creatures, and there’s always a pathway.

About Battling On
Battling On Community Interest Company was established in 2012 to help support members of the Armed Forces who were struggling to make the transition from Military to civilian life. Since its inception Battling On has become a multi award winning organisation that supports not only Veterans, but also some of the West Country’s most vulnerable young people, through innovative programmes and approaches to solving complex social problems.