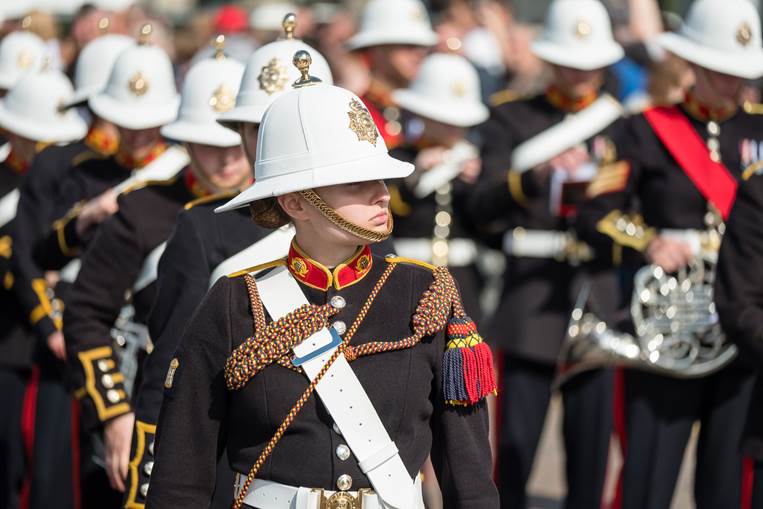 The countdown to Armed Forces Week 2019 has begun – and this year in Liverpool it’s set to be bigger and better than ever.

This Sunday, 5 May, marks 50 days until celebrations start on Monday 24 June, leading up to Armed Forces Day on Saturday 29 June, with Reserves Day also marked on 26 June.

Once again, Liverpool City Council’s Culture Liverpool team is organising the programme of events and activities.

The full event schedule will be released in June.

Liverpool City Council holds the gold award in the Defence Employer Recognition Scheme under the Armed Forces Covenant and leads on supporting all members of the Armed Forces community, including their families, in the city.

For further information on Liverpool’s programme of events visit www.cultureliverpool.co.uk follow @CultureLPool or use #saluteourforces.

You can also find information on the national Armed Forces Day website www.armedforcesday.org.uk/event/liverpool-armed-forc

This year, the national Armed Forces Day event will be held in Salisbury. Liverpool hosted the national event in 2017.

Ian Francis, Liverpool’s Armed Forces Champion, said: “Armed Forces Week is always a great opportunity for us to thank not only the regular and reserve forces but also the many veterans who call Liverpool their home.

“We’re very excited by our programme this year which will not only give the city a chance to acknowledge all the men and women who serve but will also give all the services an opportunity to showcase the many skills that make our Armed Forces respected around the world.”

Commodore Phil Waterhouse, who commands the Royal Navy in Northern England, said: “The flag-raising at the Town Hall has now become a tradition in Liverpool that signals the start of Armed Forces Week and I am so happy that these seven days have become an important part of the city’s calendar.

“Liverpool has a great respect for the whole of the Armed Forces community, from the youngest cadets, to its serving personnel, all the way through to its oldest veterans. And the city never forgets service families and supporters either.

“I know that the city’s response is especial to all the service personnel who hail from or serve locally. Liverpool we salute you!”