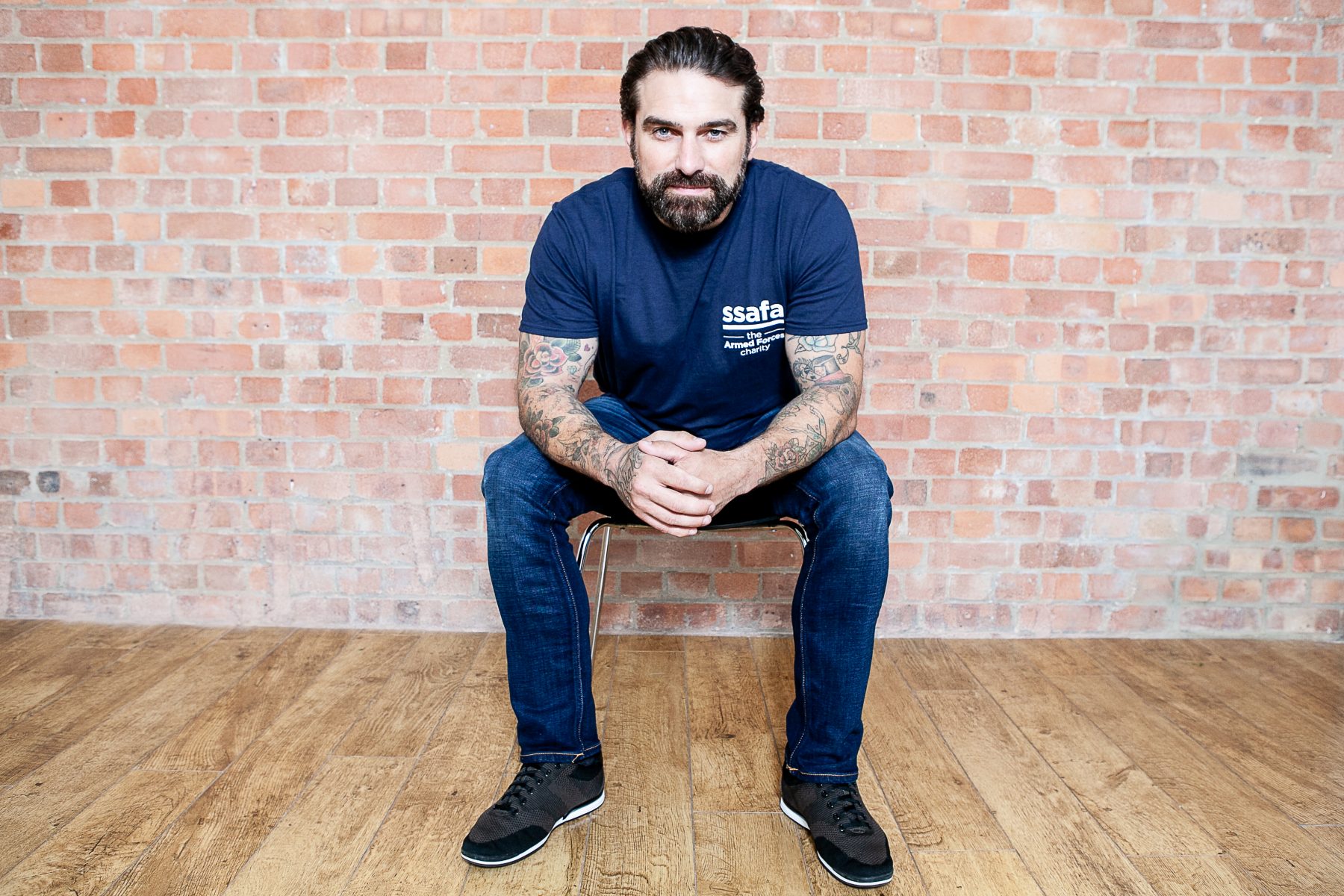 Ant Middleton, star of SAS Who Dares Wins and Special Forces veteran, has teamed up with SSAFA, the Armed Forces charity, to launch the Ant Middleton Fund, to help veterans get back on their feet as they return to civilian life.

Ant Middleton turned to SSAFA for support, when he struggled to cope with civilian life after leaving the military. Ant experienced first-hand the challenges servicemen and women face when they return to civvy street, and he ended up on the wrong side of the law, in prison, and struggling to support his family. However, he was able to get through this with the support of SSAFA.

The Ant Middleton Fund has been launched to ensure that other veterans get the support he did. The money raised will help SSAFA provide a lifeline for veterans and their families as they adjust to civilian life through its transition services.

Ant Middleton, speaking about the launch of the fund, said:

“The Ant Middleton Fund is a call to action. I want change, so we can stop reading stories of veterans unable to get the support they need. I’m hopeful that together we can put an end to unnecessary suffering of those who risked their lives for our safety.

“I thought my transition was going to be easy, but I quickly found myself in a really bad place. After years of putting myself through my paces to be the strongest I could be, both physically and mentally, I felt defeated. It took a lot, but I have put that time behind me, learnt from it and SSAFA were there to support me through it.

“I wanted to set up the Ant Middleton Fund to help people going through similar situations to what I went through, to prevent others from experiencing this, and also to raise awareness of the support that is needed. Please donate to help our veterans get back on their feet.”

Veterans who struggle to adapt to life after their military service, can often find themselves in desperate circumstances; suffering from long-term physical or mental problems, unable to find work or suitable housing and without enough money for daily living expenses.

SSAFA runs a range of support services for veterans to help achieve their potential in their new lives outside of the military. These services include its bespoke mentoring service which offers face-to-face support to motivate and empower service leavers, plus personalised welfare, housing and practical support for veterans and their families.

“When a serviceman or woman leaves the military, their entire life changes at once. For the first time they may find themselves without a steady income, access to suitable housing or the support network they have become reliant on during their military service.

“Last year, SSAFA supported 73,000 people in their hour of need. From what can seem like small requests for help to the bigger, more life-changing asks, SSAFA is there for the Armed Forces community.

“The Ant Middleton Fund will ensure SSAFA can provide service leavers and their families with the tools they need for a successful return to civilian life. Please support Ant in any way that you can.”

Donate to the Ant Middleton Fund by visiting www.ssafa.org.uk/AMF

SSAFA, the Armed Forces charity, has been providing lifelong support to our Forces and their families since 1885. Last year our staff and team of volunteers help more than 73,000 people, from Second World War veterans to young men and women who have served in more recent conflicts.

Are you leaving the Armed Forces or just looking to settle in a home of your own?