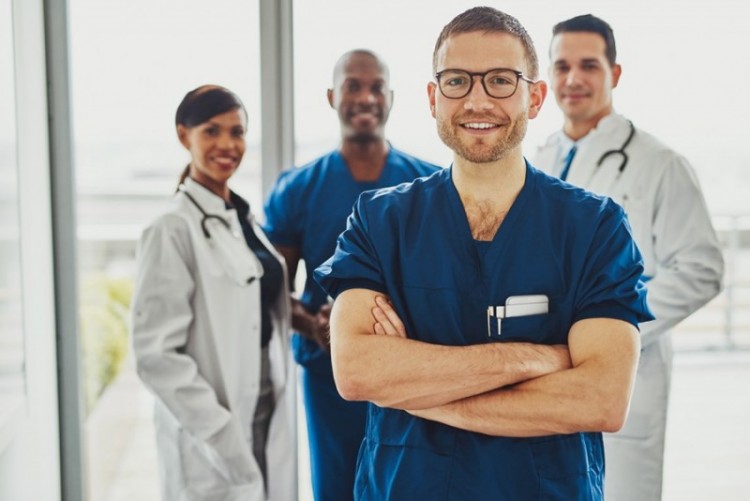 Andy returned to the NHS after a 27 year career in the Princess Mary RAF Nursing Service. A desire for adventure and to travel prompted him to leave his staff nurse role and sign up. After Serving in Kosovo, Afghanistan and Iraq, Andy finished his Military career as a Wing Commander Nurse in October 2015. He is now Associate Chief Nurse at the Queen Elizabeth Hospital, in King’s Lynn.

How did you find resettlement?
The transition from Military back into civilian life has been quite smooth with support from my former colleagues in the RAF and the resettlement package made available to me. Having started off my career in the NHS, it seemed natural to return to that sphere after leaving the RAF. I joined the Queen Elizabeth Hospital (QEH) in August 2015 and have found the Trust really supportive along with being keen to ensure that I grow professionally within the organisation.

How did you find the civilian workplace initially?
While the NHS moved on in the years I had been away, the insight I had from the beginning of my career stood me in good stead and helped me to adjust when I left the RAF. Leaders at the QEH value and understand the importance of the skills I have gained through my Military service, such as management along with the clinical side. We have been able to translate these into my current role and it helps me to deal with the operational challenges faced by the NHS. Clinically the work has some similarities and I have found the NHS to be a supportive employer and I would recommend a career here.

What did the Forces give you?
The Forces gave me an awful lot and I’m proud to have done the job. I will always remember it as a positive experience as it gave me the opportunity to travel and meet some interesting people. It also allowed me to learn a lot. Being part of the Medical Emergency Response Team in Afghanistan also taught me a lot and was a highlight of my operational deployment and professional development.

Do you miss the Forces?
I miss the people and the social aspect of the lifestyle. I miss the friendship and unique bonds you make with people while away on operational tours.

What’s the best part about your current role?
I like the fact that it directly impacts on the healthcare needs of the local community. I would recommend a career in the NHS as I think a lot of skills are transferrable and there are plenty of opportunities for development.