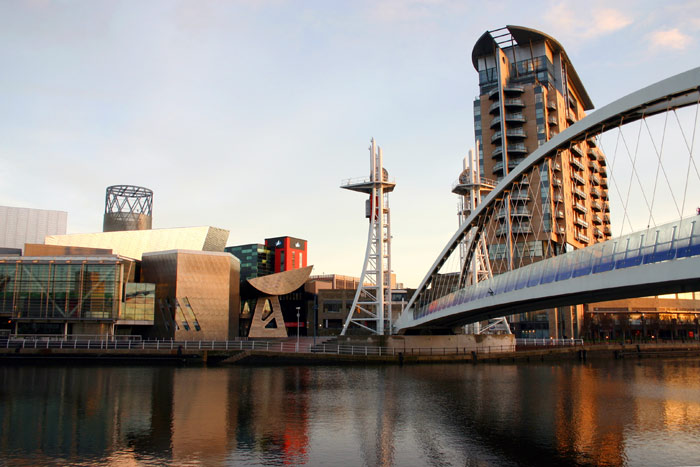 If ‘it’s grim up north’ nobody told Manchester. Although it faces challenges, it is still one of the most successful cities in the UK and shows no signs of flagging in the foreseeable future.

‘Greater’ Manchester, or the actual city district is the largest travel-to-work conurbation in the UK, outside of London. This is according to New Economy, an organisation that works on behalf of the Greater Manchester Combined Authority and the Greater Manchester Local Enterprise Partnership who suggest that seven million people live within an hour’s drive of the centre. Clearly any city with such immense pulling power must have its good points.

As well as inward investment helping to secure a bright future for Manchester, the city is reaching out and strengthening ties with India with the aim to achieve more bilateral trade, says a brief report on the website of Manchester inward investment agency, MIDAS.

An event, hosted by MIDAS and the High Commission of India, was supported by the Confederation of Indian Industry, UKTI and Deloitte. ‘Make in India, Innovate in Manchester’ enabled delegates to better understand the bilateral trade, export and R&D collaboration opportunities presented by Indian Prime Minister, Narendra Modi’s initiative and how the city region is strengthening ties with India.

Following the centre for brand analytics research, The Manchester Evening News brought together the opinions of marketing experts to name their top North West brands (in 2015). The list shows a diversity of brands spread across several sectors.

Established in the UK for over 90 years, Kellogg’s has been producing breakfast cereals in Manchester including Crunchy Nut, Rice Krispies and Cornflakes for decades.

The national broadcaster has a massive presence in Salford.

There’s no denying that football is big business.

Starting from a small family-owned shop in 1876 Warburtons is now the largest bread brand in the UK.

The Bolton based company shows how success is possible if the tricky transition to online is managed properly.

Another family business (started by brothers, Fred and Peter Done) is now one of the world’s largest bookmakers.

The online fashion retailer, based in the Northern Quarter, designs, sources, markets and sells own-brand clothing, shoes and accessories through its website to a core market of 16 to 24-year-olds.

In 2008, Abu Dhabi-based Abu Dhabi United Group Investment and Development Limited completed a takeover of City in a deal, worth a reported £200 million.

Director of MediaCom, Julia Shepherd, said: “The largest consumer co-operative in the UK built from a foundation of sound ethics and fair trading which, in spite of recent troubles still holds consumer resonance 170 years later. There are some great lessons on brand building in there.”

A huge business which has been at the heart of several property development and regeneration projects in the North West, not least MediaCityUK, which is influential in bringing national and international business to Salford and Manchester.

This might be a brand to watch. It was identified in the Sunday Times Virgin Fast Track 100 league tables of 2014.

Going To University Through Clearing

Your Career In… Private Medicine