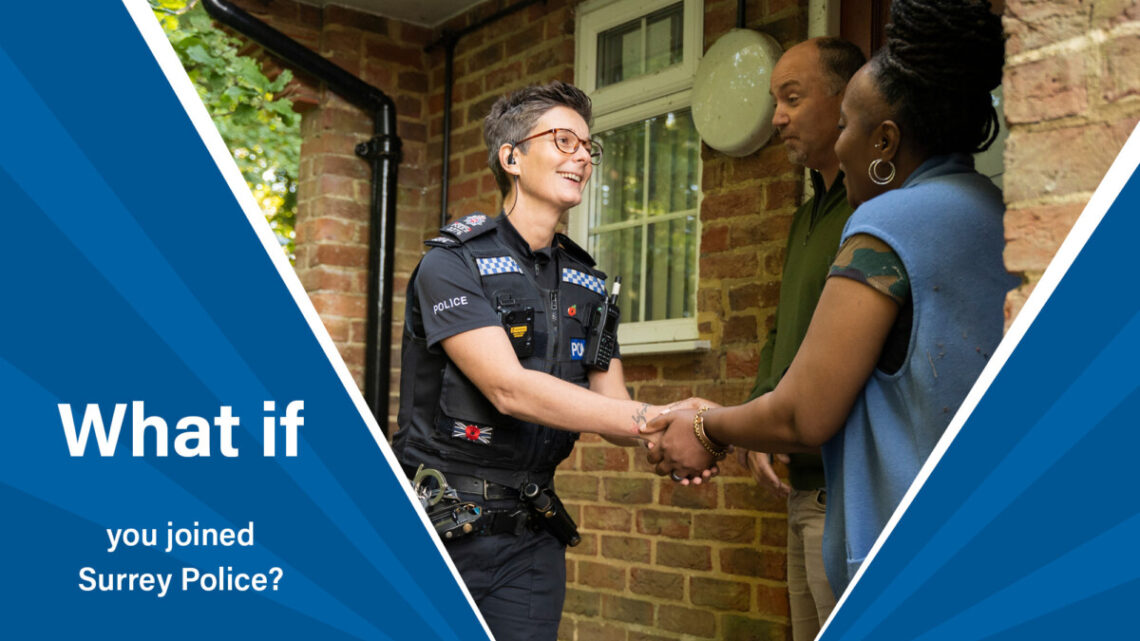 What if you joined Surrey Police?

We’re a family force, with just over 4,000 officers and staff, looking for people who have the judgment to make quick decisions, the compassion to help those in need and the resilience to serve our community every single day, to join us.

Here, some of our colleagues share their experiences of leaving the Military and joining our policing family:

Andy Grubb joined us in 2015. He is a a geographic information systems (GIS) and mapping specialist, he says:
“I previously Served with the Royal Engineers as a Geographic Technician. I reached Corporal twice (I had a spell out of the Military and re-joined), and my total Service was 16 years. I was attracted to Surrey Police because I wanted to use my GIS and mapping training from the Military within my policing career.

If you’re thinking about whether a role in policing is right for you, I would say go for it. You have a great deal to offer the police and have valuable skills whatever your role in the Military. There are a variety of roles to choose from; it’s not just about becoming an officer.”

Temporary Sergeant Ben Wisdom initially joined us as a Contact Centre Call Handler in 2005 before becoming a PC in 2008. He says: “I Served with the Army Air Corps as a Soldier. I was deployed on Op Telic 1 having volunteered to be on the ship with our aircraft and vehicles, which went ahead of the rest of my regiment. Now, as a temporary sergeant, I ensure that all new officers have what they need in order to perform as effectively as possible.

If you’re considering joining Surrey Police, I would say do it. The job is what you make it and the opportunities are boundless. Moving departments is easy and there is a role for everyone within policing, irrespective of what you perceive your ability to be.”

PC Georgina Millar-Ferraro joined us the day after her Military service ended in January 2017. She is a public order trainer, and shares:

“I Served for 13 years in the Royal Military Police (RMP), working in multiple locations including Germany, Poland, Kenya, Holland, the UK, and completing tours of Afghanistan. I now specialise as a public order trainer, working with officers and training them to be operationally competent in public order tactics.

On joining the Police, I remember being told that I was now a part of the ‘Policing Family’, and as cheesy as that sounds, it is very true! My advice is, research all aspects of the Police – it is so vast. Have the confidence that your life experience, your life skills, and your qualifications will undoubtably assist you.”

On an average day, Surrey Police respond to 19 incidents relating to mental health, receive 12 reports of road traffic collisions, receive eight reports of missing people, 421 calls to 999, 786 calls to our 101 non-emergency number, receive 194 reports of a crime, respond to 91 emergencies and 174 priority incidents, make 31 arrests, and conduct 13 stop and searches*.

Why is pension satisfaction improving?

EX-MILITARY TRAVEL FRANCHISEE MARCHES TOWARD BEING A MILLIONAIRE