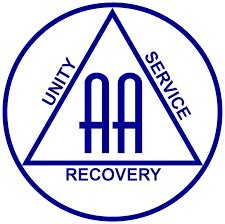 A brief introduction to Alcoholics Anonymous

Alcoholics Anonymous (AA), though not without controversies, remains the most widely available, accessible and durable mutual aid recovery programme in the world. Though there is little research published on the neurobiology of recovery, existing research literature focusing on ‘active ingredients’, there is a vast body on the neurochemistry of addiction that has lent credence to the ‘Disease Model’ concept. AA views alcoholism as a progressive illness, and whilst scientific discourse on the disease model sought and failed to combat the stigma around addiction, AA has arguably succeeded by instilling hope in changing the narratives of recovering alcoholics through its Three Legacies of Recovery, Unity and Service. Alcoholics Anonymous is mélange of philosophical and theoretical influences which in turn influenced many other treatment and recovery approaches. Whilst erroneously viewed by some as a ‘religious cult’ it views recovery as rooted in spirituality (as opposed to religiosity per se) which George Vaillant pointed out “like human attachment – both mediated by limbic circuitry and the temporal lobe – may be a worthy substitute” for alcohol.

Consistent with the neurobiological view of social attachment and oxytocin as possible protective factors in addiction, unity and service within the AA tradition can be understood as selfless, ego-stripping, democratic and consensus-based approaches that promote social attachment and building of connections. Even underappreciated practices e.g. the ritual of holding hands in a circle reciting the Serenity Prayer at the end of some meetings, play a small role enhancing social cohesion.

Myths about AA can evoke strong reactions in some scientific circles, but at its heart is the idea that one alcoholic can help another alcoholic, and as professional we have an ethical and moral obligation to at least show respect and openness towards resources that clients find helpful in dealing with a condition that is matter of life or death.

You don’t have to live here to call us!

The only requirement is a desire to stop drinking