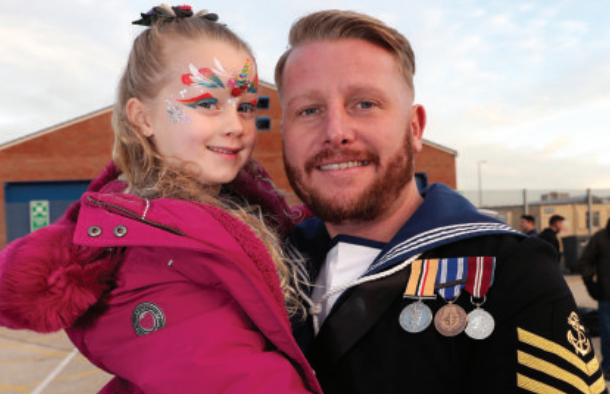 It is a pledge that together we acknowledge and understand that those who Serve or who have Served in the Armed Forces, and their families, should be treated with fairness and respect in the communities, economy and society they Serve with their lives.”

Although you might expect such a solemn oath to have been enshrined into law, it isn’t – and perhaps that’s the greatest thing about it. The Armed Forces Covenant exists because people want it to exist, not because it is legally binding. So many other legal agreements become, unwittingly, a ‘race to the bottom’ where individuals and organisations affected simply aim to reach minimum standards or just about manage to ‘tick the box’. The Armed Forces Covenant is different.

Support for the Armed Forces Covenant doesn’t just stem from organisations related specifically with the Armed Forces. Commitments to the Covenant have been made by businesses of all sizes, charities and communities as well as at local government level. All 407 local authorities in mainland Great Britain and four councils in Northern Ireland have pledged to uphold the Armed Forces Covenant. It’s also important to realise that it doesn’t end with Forces personnel but extends to their families too, again perhaps highlighting something of its heartfelt nature, rather than its formal structure.

In practice, the Armed Forces Covenant can include a huge variety of support and services for Forces personnel and their families. Key areas include help with some of the more crucial aspects of resettlement such as finding a civilian home, access to healthcare and financial advice. Once you’re established, a little further digging will help you to uncover specifically designed discounts and deals on everything from motor insurance to broadband and phone packages – as well as important commitments to helping Service-leavers into jobs where they can use transferable skills acquired in the Forces.