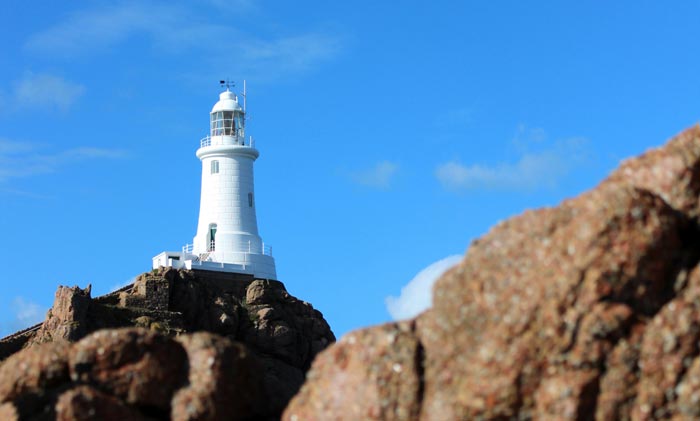 Relocating To Jersey – Notes From A Small Island

Jersey is something of a geographical curiosity, located 100 miles south of the British mainland and a mere 14 miles from France. Under the definition of ‘United Kingdom’ as described in the British Nationality Act (1981) the UK and the Islands (including Jersey) are interpreted as being together – which guarantees free movement into and out of the island for British citizens. (Whilst it is not part of the UK, Jersey belongs to the Common Travel Area.)

Jersey has got a lot to offer, including enviably low unemployment rates and famously friendly weather. At just about 45 square miles in size, the island is seen by many as the ideal place to enjoy an idyllic lifestyle. It’s no wonder then, that Jersey has one or two tricks to preserve such a status, that people aiming to relocate there should be aware of.

First things first; if you move to Jersey, you need to get a registration card to live and work.​ This means registering with the Social Security Department, Population Office, Taxes Office and the Health and Social Services Department​.​

Although British citizens do not need a work permit to gain employment in Jersey, there is a Control of Housing and Work (Jersey) Law, which can make it difficult for people to find work who have not been resident on the Island for five or more years – ‘Registered’ as they are known. (You cannot therefore be considered for employment in some sectors, unless you have residential qualifications.)

Employers are required to fill vacancies with local residents who are ‘Entitled’ (or with those who have lived in the island for five consecutive years or more, known as: ‘Entitled to Work’).

“Licenced” employee status can be granted to firms that employ a candidate who has professional skills and qualifications that are not available locally (such as lawyers, qualified accountants and doctors etc).

In certain sectors, such as finance for example, people are generally paid well in comparison to the UK and the rest of Europe (with a flat rate of income tax at 20% and no capital gains or similar taxes.) As a result there is a high standard of living amongst residents.

The majority of people who come to work in Jersey live in ‘Registered’ accommodation; lodging houses and lodging in private homes come under this heading. Consent to purchase or rent ‘Entitled’ accommodation is granted after they have lived on the island continuously for a period of 10 years.

The NHS does not operate in Jersey. As a new resident in Jersey you’ll have to pay for most healthcare, except for emergency hospital treatment which when provided in the Emergency Department is not charged for.

Once you have lived in Jersey for six months, you can get a health card which gives you discounts on GP costs (but you’ll still have to pay for the rest of the cost of the visit).

Your health card only applies to GP visits and GP prescriptions.

Highlights from the Annual Business Survey

The Annual Business Survey has been run by the Statistics Unit for the last five years. The findings are used to track the economic performance of the various sectors that make up Jersey’s economy.

A move to Jersey takes true investment in your relocation to get the best benefits from the place. However, the island has a great deal going for it and could provide the sort of lifestyle you’re looking for.