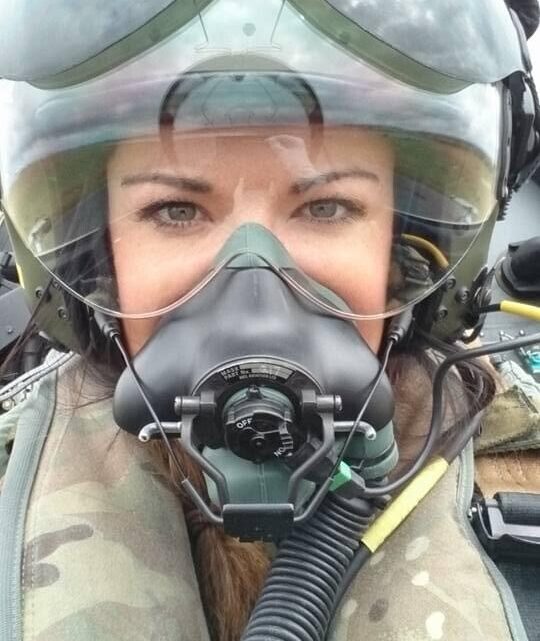 Carrie Sheehan joined the Royal Air Force straight from school into Air Operations Control. She Served for eight years during which time she became an Instructor at RAF Shawbury and is now Sales Manager at Skyborne.

How was resettlement?
I was completely supported by the resettlement team at RAF Shawbury, where I was at the time. They made everything quite black and white – how to manage my ELCAS claims, etc, which was nice and simple. From there I was offered a role with Airbus due to my experience, technically before leaving. So shortly after I left, I went straight into working with Airbus, so it was a smooth transition.

When I was speaking to the resettlement team, they suggested I set myself up on LinkedIn. I was headhunted by a recruiter for Airbus. They prioritised Military applicants because of their transferable skills.

Did you ever pick up Civvy Street Magazine?
Absolutely! I’ve always known about Civvy Street Magazine. I’ve seen it throughout my Military career, so when I was actually looking at leaving, it was something that I purposely read to help me. Leaving school at 16 years old, it (RAF) was my first job and when leaving it I felt slightly terrified – but it contained really good advice about the support that was there on the outside, and in particular, CTP. I went to one of their events which was really useful to see what opportunities were available to Service-leavers.

How did you get involved with Skyborne?
After Airbus I really wanted to get into Aviation sales but that’s very difficult to do without any sales experience. Jaguar Land Rover take a lot of ex-Military engineers due to their transferable skills and they’d started something new, a one-month crash course for ex-Military personnel to become sales executives. I got on the course and swiftly got a job afterwards and worked for JLR for a couple of years before the opportunity arose with Skyborne as a sales manager. It combined all my RAF experience of regulation and flight operations with the experience I gained in in sales, so it was perfect.

What’s Skyborne’s perspective regarding Veterans?
The first courses that Skyborne designed were Military conversion courses and a lot of the instructors are ex-Military too. So, Skyborne recognises the valuable skills that Veterans bring to the work environment as well as the training environment and have done from the beginning. Skyborne makes no secret of its pro stance on the Military – it is a big reason why I applied for the role and I’m very proud to be a part of it.

Do you find yourself using those transferable Military skills on a regular basis?
I’ve used them throughout my civilian career. Every step that I have taken has involved my Military skills and background. I couldn’t have done any job that I’ve had if it wasn’t for the Military.

Some people might think that when they’re in the Military, they can only apply for roles that directly relate to their trade or their particular experience in the Forces. But actually, everything that you’ve completed during your Military career gives you a huge number of skills that can potentially be used elsewhere – as a person and an employee.

With each role I have been involved in, the employer has been taken aback by the overall experience I have and where the Military has taken me, so it’s not always necessarily about experience in a particular field – I have come into an amazing sales role which of course is not direct experience from the Military.

What do you miss from the Forces?
It’s a very unique environment to be in; the culture, the places that you all go to together during deployments or when you go on exercises – having that mutual recognition of what you’ve all done together brings a level of automatic respect and camaraderie with one another. That is something that I certainly miss, and I think many Veterans will agree.

I can always spot when someone’s ex-Military in the way they hold themselves. When I arrived at Skyborne, I guessed to myself who was ex-Military and lo and behold I was right, I think it’s a special skill we (Veterans) all have!

About Skyborne
Skyborne has forged a reputation as a leading training provider for people looking to fly professionally. Skyborne is trusted by major airlines to combine extensive airline experience with a first-class approach in every aspect of aviation culminating in an effective and robust training package.

From uniform to uniform