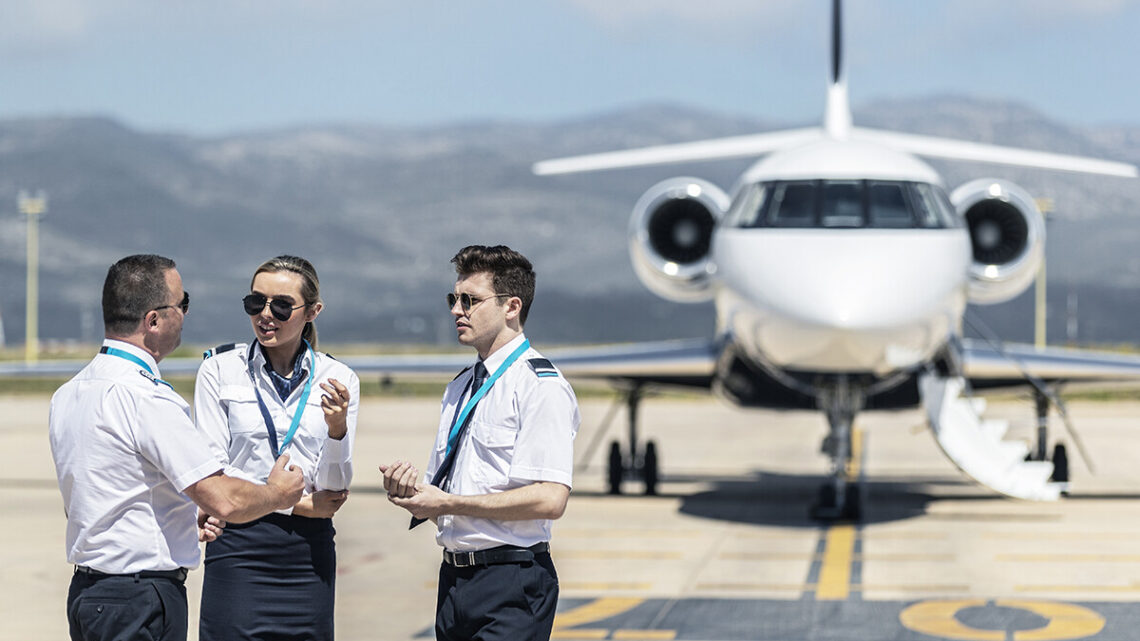 Skyborne is encouraging Service-leavers and Veterans to consider training for careers in civil aviation – and not just former pilots!

Skyborne has forged a reputation as a leading training provider for people looking to fly professionally. Skyborne is trusted by major airlines to combine its extensive airline experience with a first-class approach in every aspect of aviation culminating in an effective and robust training package.

Skyborne is also a signatory of the Armed Forces Covenant and is exploring how it can encourage more Service-leavers and Veterans into aviation careers, especially as pilots. Although for example, a former RAF pilot would find the transition from Forces to civvy roles relatively straightforward – and Skyborne provides a reputable transition course catering to those individuals – the company recognises that the broader skills and attributes of other Veterans also make them great candidates to undertake pilot training in order to develop a post-Forces career in aviation.

Assessment
Carrie Sheehan Served with the RAF for eight years and is now with Skyborne. Her view on the company’s new approach is clear: “People really don’t think of this role as an achievable career path when they’re leaving the Military. Most presume that becoming an airline pilot is completely out of their reach, so it’s never really considered. But what might not be understood is that part of the assessment and the key to being a great airline pilot is the leadership and management skills that are drilled into all of us throughout our Military careers is what is going to set them apart from other candidates.”

What might surprise many Service-leavers is that the entry requirements for a Skyborne pilot course is just five GCSE’s at grade C or above. Naturally, this is just the starting point and Skyborne takes a diligent approach to assessment and aptitude tests as well as a further interview.

Once accepted, a Service-leaver could expect to join Skyborne’s integrated course as a full time student and graduate with a qualification in around 18 months.

Established
As an established ELCAS accredited course supplier, Skyborne has experience of supporting Service-leavers into training, usually those with existing flying experience, though this is changing as Carrie explains: “What we’re starting to see more of now, which is really great, is people from the Military, who aren’t pilots train with us. We’ve previously had a serving RAF Technician, and an ex Corporal Musician.”

The integrated course is £95,000 but it may help Service-leavers to know that they can take it on as a series of modules that will mean that costs and commitment are spread across a lengthier term. This flexible approach can also help Service-leavers who are currently working in other jobs but who have an urge to move into a sector they find more appealing. In any case, it’s well worth discussing the options with Skyborne who can advise on using your ELCAS funding as well as directing potential candidates to other student financing and the possibility of an aviation bursary.

With every ‘dream job opportunity’ it’s vitally important to keep feet on the ground. Even so, putting the question to Carrie about current challenges facing aviation because of amber and red listed countries and so on, didn’t faze her at all as she enthused: “It’s been a really difficult time for the aviation industry as a whole over the last 18 months. At Skyborne, we are optimistic about the future for trainees embarking on their flight training with us. We can see the industry starting to recover globally, making it perfect timing to start the journey through our flexible training programmes or the residential 18 month Integrated course.”

Armed Forces Covenant
One of the themes that runs through Skyborne’s modus operandi is a passion for the Forces. It’s no surprise then that Skyborne has signed up to the Armed Forces Covenant and that it is always keen on introducing new ideas that will support Service-leavers and Veterans.

CEO and co-founder of Skyborne, Lee Woodward, is also a passionate supporter of the Armed Forces Covenant and commented: “The industry is missing out on an enormous talent pool of military personnel. I would like all military personnel to consider commercial aviation as a career option” adding: “ The airlines recognise the transferable skills that military personnel generally have. I love the idea of these people coming to our academy, starting from scratch and developing a new career as an airline pilot… This career is attainable!”

Arguably, it could only have been a company with Skyborne’s reputation that could have spotted this opportunity towards shifting the norms within the aviation sector. Skyborne’s courses are already well established within the airline industry, and it stands to reason that its new initiative will be equally successful – particularly given its outright dedication towards supporting recognition of the transferable skills of Service-leavers and Veterans.