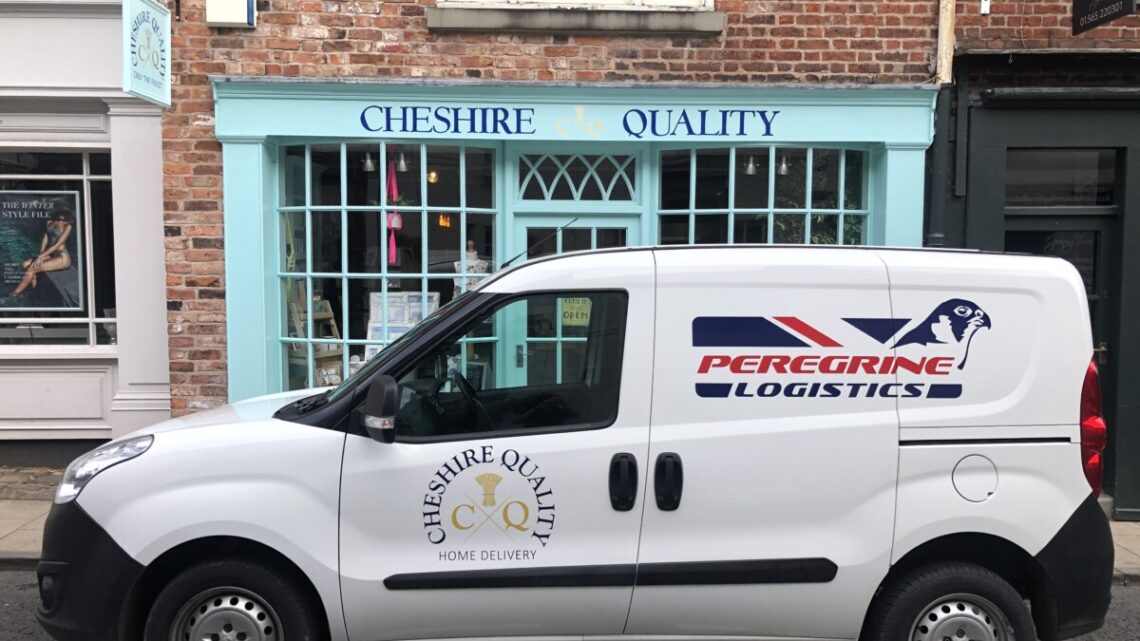 After a patchy re-introduction to civilian life, Jason has found a solid place to apply his skills at Peregrine Logistics.

What’s your Military background?
I joined the First Royal Tank Regiment in 2009, starting off as a driver, progressing through to become a full crewman and then moved on to the joint CBRN Regiment with the RAF and I left in 2017.

How was resettlement?
I left due to having a young family. Being away, and the risks associated with the Military no longer suited.

I did do a couple of bits and pieces. I got my HGV licence through the regiment during my time there but then I did the additional CPC courses and stuff like that.

How did you get involved with Peregrine?
I returned to Wales where I grew up and then what I believe is a very stereotypical ex-Military experience of floating around job to job. I had lots of seasonal work; I’ve had 10 jobs since leaving!

I ended up driving trucks for another company and it was the first job since leaving that I held down for a reasonable amount of time. I figured out that it’s logistics that I enjoy. I met with Peregrine and just wanted to get involved and I’m now going forward as fleet manager.

Peregrine have an Armed Forces Covenant Bronze Award…
I was part of their first intake of drivers right at the very beginning. And quite early on, we got our Bronze Award; we’re currently working towards silver. I felt like I could actually progress and be part of it a bit more than just a number within a corporation.

Veterans is an important watchword for Peregrine.

For driving roles, we deliver for Amazon, so for timekeeping and so on, Military people have a different level of pride. They actually look after the equipment whereas you don’t seem to get that a lot from the non-Military types. Peregrine put a lot of emphasis on trying to find ex-Military personnel, like myself. I didn’t know anyone outside of my family in Chester but then to suddenly get a new job with lots of people that I don’t necessarily know but already have the same background and similar interests as, brought back that sort of Military feeling.

What Military acquired skills and attributes do you find yourself using in your role?
Time management is the biggest thing and also to be able to prioritise. Nobody’s going to die; it’s an office job, but you’re working under pressure and stuff, where people do actually depend on you.

Do you ever regret not taking more out of the resettlement package?
At first I did, because there’s a lot of money available to you, much more than I could have afforded to invest in myself. I wish I’d just taken it and done something. I regret not doing something that would now, rather than for work, be something I enjoy. I’d love to have gone on a welding course or something like that because I enjoy working on vehicles.

My recommendation would just be to do something you find interesting. I’d love to be good at welding for my own personal use, but then it’s also something I could fall back on.

What do you miss from the Forces?
The camaraderie. I miss that every day. I get it where I am now with Peregrine, with the ex-Forces people, but it’s still not quite the same.

I miss the fact that when something bad happens, (in the Forces) whether you’ve done something wrong, or you’ve missed something, there is an immediate punishment, or an immediate outcome and then it’s forgotten about, it’s done, it’s finished and everybody carries on with their day, whereas in civilian life people hold grudges, people don’t always let things go.

What’s your best advice for current Service-leavers?
If you’re not going to do the full Service, leave before you get to the point that it’s become too much. I did about eight years and really, I should have signed off probably after five or six which would have meant I got out at six or seven. The fact that you’ve got to do your 12 months’ notice period, it was too long for me and it didn’t do any good for my mental health; that feeling of being ‘trapped’ in the Military.

Just go for it. There’s plenty of opportunities to be had. Trust your instincts, go both feet first!

Franchising After the Military