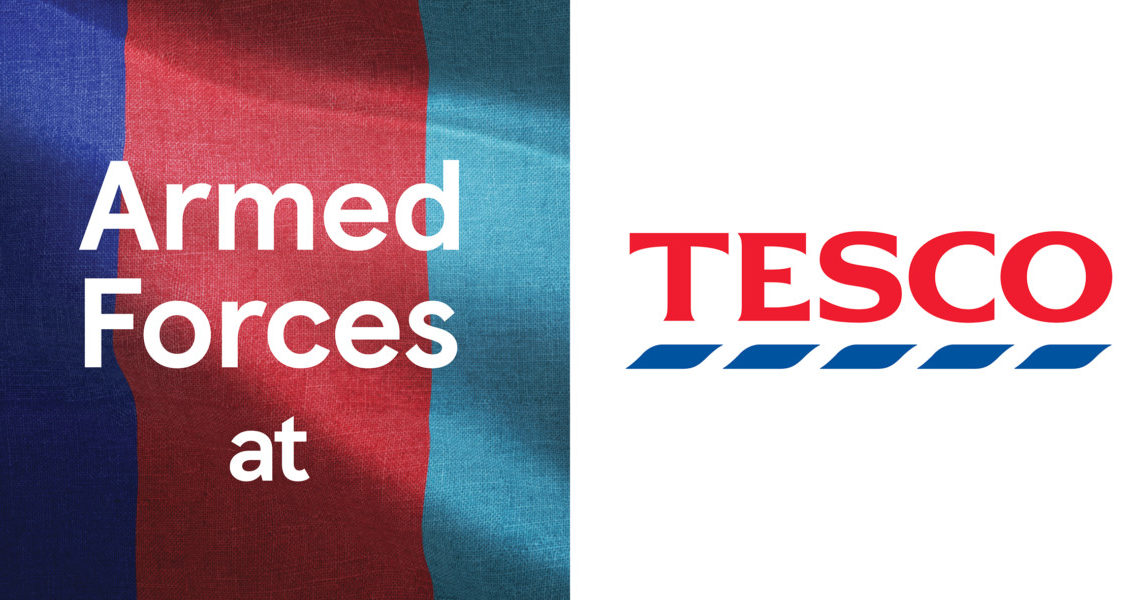 Links with the Armed Forces stretch back to our founder, Jack Cohen who Served in the Royal Flying Corps in the Great War. In 1919, demob money in hand, he began selling groceries from a stall using the dedication and commitment he had learnt from his Service life.

Fast forward 100 years and the company he founded, Tesco, still retains proud links with the Military. In 2015, we launched our Armed Forces Network which brings together former and current members of the Armed Forces, and their families, supporting them and helping them to develop as colleagues. From small and humble beginnings this has grown steadily to be one of the largest networks within Tesco. Indeed, Tesco Group, were the first retailer to sign the Ministry of Defence’s Armed Forces Corporate Covenant. At the time of signing, we made a commitment that we will always look to do more for our heroes who regularly put their lives on the line to defend our country. Around 300 Tesco colleagues are members of the supermarket’s Armed Forces Network, who regularly get together to assist and support the lives of those linked to the Services, through network brunches and coffee mornings and our larger summer event, as well as supporting local and national charities like Walking with the Wounded. Here, two of our ex-Service colleagues talk about resettlement and the role Tesco has played…

Martin Weathers
Tesco Express, Retail,
Customer Assistant
In a nine year Military career, Martin Served with the Queen’s Royal Irish Hussars in roles including training clerk, movements controller and Headquarters Squadron Clerk that took him to Europe and Canada and saw him deployed with 7th Armoured Brigade in Saudi Arabia prior to the Gulf
War in 1990. He joined Tesco in 2016.

On leaving HM Forces…
When you leave the Armed Forces (which everyone must at some stage), you don’t just lose a job, but a vocation, which you were not only trained to do, but have been continually ‘conditioned’ to do throughout your Service. You also lose your income, your home, your work clothes; friends and colleagues (who are nearer to being family than friends), a medical, social and welfare system tailored for your distinct needs. You lose your identity in many respects. In short, your entire way of life has to change. It isn’t called ‘Service life’ for nothing.

Leaving Service life is a dreadful time, especially for those that may have been in this chosen career path for a long time, and may have associated psychological problems, such as Combat PTSD. The majority of Veterans are not so drastically affected, working and supporting families, but they were once part of a cohesive, professional team for which the Military had conditioned them, and maybe struggling with feelings of isolation in their communities. This is often greatly magnified if the individuals have experienced combat.

Advice for Service-leavers…
Prepare! When you relocate, check out the area for doctors’ surgeries, dentists, schools (if applicable), etc. Find your closest Veterans’ breakfast club and join it. Alternatively join your closest Reserves Unit. Don’t expect your neighbours to understand Military life. Most think Veterans are Second World War ‘old and grey guys’. Start to prepare at least a year before you are due to leave and think about resettlement courses carefully. Keep in touch via social media with your Regiment and friends. I started to run my local combined Armed Forces and Veterans’ breakfast club, which is very successful locally and I also volunteer part time for The Veterans Charity, alongside my Tesco job and both my manager and peer staff are very supportive of my efforts.

Ahmed Gamil
Stores
Gamil was in the RAF for 12 years as an aerospace systems operator. Most of his time was spent in the north east at RAF Boulmer but he also completed a tour with No.1 Air Control Centre (1ACC) in Lincolnshire working with the deployable radar unit. He completed overseas detachments in Afghanistan working with the US Marines and two tours in the Falkland Islands.

On leaving the RAF…
Leaving the RAF was a difficult decision. I enjoyed being in the RAF but not necessarily the available roles. It was also difficult as I had a young family and we were finding it hard to balance my wife’s career, family life and the requirements of the RAF. The decision to leave was hard but was the right choice. After I left the RAF I continued studying part time for my degree and working as an apprenticeship assessor. Once I completed my degree I started looking for graduate opportunities. I applied for a number of graduate roles, choosing Tesco in 2019 as it offered a challenge and the opportunity to work locally and achieve a better work-life balance.

Joining Tesco…
With Tesco I got exactly the challenge I was looking for! Working in the store on the graduate programme has been great. I’ve received a lot of support and encouragement and given a great deal of responsibility. There’s a different challenge every day and no two days are the same. I’m currently on my placement as a team manager and worked through my first Christmas with Tesco. It has been a real eye-opener to see what has to go in to running a store on a daily basis and has given me a greater appreciation into the complexities of retail.

Advice for Service-leavers…
If someone was leaving the Military my advice would be to give yourself plenty of time to plan what you want to do. Take full advantage of your resettlement time and build up your civvy qualifications. Network as much as possible; it really surprised me how complicated and different the job applications had become since I’d joined the RAF. It is easier securing a job through a network connection than going through the normal application process. My final bit of advice would be not to get disheartened if you don’t get a large number of replies or interviews. There’s a lot of competition and employers may have very specific requirements for the role.

New Commitments…
The re-signing of the Covenant in 2018 commits Tesco to uphold its key principles, including:

• Supporting Veterans who have left the Armed Forces with
employment at Tesco.
• Aiding spouses and partners of Serving personnel to get
jobs at Tesco stores.
• Promoting the Reserve Forces to Tesco colleagues.
• Ensuring flexibility around life changes due to partners’

Find out more at:
www.tescoplc.com/careers 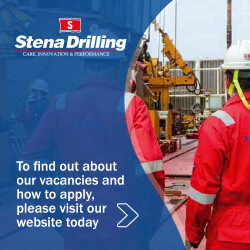