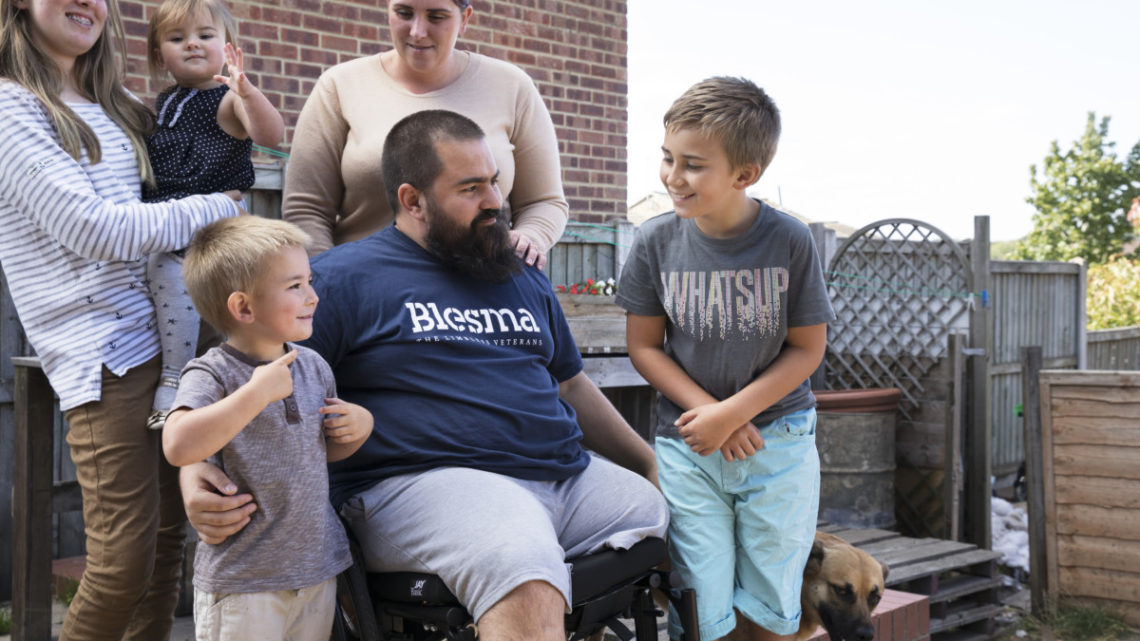 Blesma offers support for life; just as we are still caring for our surviving World War II Veterans, we have adapted to the times, looking after and looking out for, a new generation of amputees from the Iraq and Afghanistan conflicts who will continue to need our specialised support.

Lionel O’Connor Served with the Royal Anglian Regiment. He lost his left leg above the knee in an attack on his vehicle in Iraq in 2006, which resulted in two of his comrades being killed.

“One of the guys I was with was a good friend; he’d looked after me – his face was right by mine. I knew he was dead.

My left leg had been blown off and I had shrapnel in my right leg. But it was nothing compared to what had happened to the others.”

“Rehabilitation was OK, but over the years it got tougher, partly because I was drinking. I was discharged from the Army in 2014 and for a long time I thought I didn’t need help, but my drinking was getting worse.

I’ve had some very dark times but realised that if I hurt myself, it would be my family that suffered. The guys who were killed didn’t have the choice to waste their lives!”

The rest of my life “Blesma was there for me. A member came to see me in hospital and said: ‘Don’t worry, I’m one of you!’ and showed me his missing legs. The great thing with Blesma is that they know exactly what to do.

If you’ve ever lost somebody close – that is the feeling I have on Remembrance Day. I think about the sacrifices made by my fellow Soldiers, I think about the families of the guys we lost, and I try to be grateful for what I have.”

Life after traumatic injury can be challenging

Blesma is here for all serving and ex-Service men and women who have experienced loss of limb, use of limbs, hearing, sight or speech, either during or after Service.

Erskine – A Century of Pride and Care