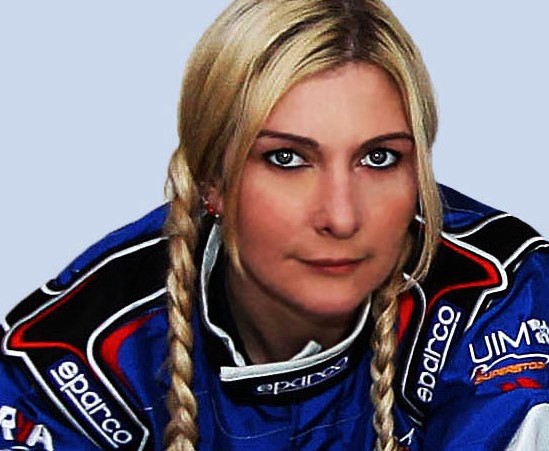 Daisy made the best of her opportunities and has continued on civvy street in the defence and security sector. She’s also a highly successful powerboat racer.

I joined in 2004, pretty much straight from school. I recognised that I needed a bit of discipline in my life. I Served for nine years with 32nd Regiment Royal Artillery. I was a UAV operator, telecommunications specialist and liaison in Iraq and Afghanistan, leaving in 2013

What advice would you give to Service leavers approaching resettlement?

We are very fortunate in the Military, we get a wealth of personal development opportunities and for a little bit of extra work you can get civilian accredited qualifications, it just seems like a no brainer to me. I left school with minimal qualifications, so I suppose I felt I was making up for lost time in school where I didn’t apply myself fully and I recognised that although you are promised a fantastic career of 24 years, you never know what is around the corner.

So historically, once you’ve fired big guns in the Artillery and get out after 24 years what are you going to do? That is kind of old hat thinking because actually, the Artillery one of the only regiments where we do everything ourselves. We have a fantastic opportunity to try different trades and rotate around various roles which makes you a more rounded soldier; more flexible when it comes to civilian life.

Do something that you want to do as opposed to something you think will be useful; a passion – and go from there.

Speaking of enjoyment and passion, let’s talk about powerboat racing…

I got invited to a corporate sponsorship day and was asked if I wanted to do the training. I did quite well, applied myself to the best of my ability, as we would in the Military and went into it with an element of humility, accepting the fact that I had never been on a boat before. I made sure that I absorbed all the information as I was taught and went from there really.

Even though powerboat racing is a hobby, you’re World Champion…

I am a full time employee but yes, I’m the current World Champion. So, powerboat racing is a passion; as powerboat racers we are semi-professionals. The overheads are so high as with any sort of motorsport; any racing income goes back into running the team.

What have you taken away from your time with the Military?

As Service the Army’s values and standards run through your core and how you conduct yourself on a daily basis, so commitment, respect for others, integrity, loyalty, self-discipline: they will stay with me for life and are valuable life lessons and skills. They will carry you through. At the same time, there is a big wide world out there with lots to sink your teeth into so don’t assume that if you didn’t have the best career in the Army that there are no opportunities outside and conversely if you had an amazing Army career, don’t assume that it is going to fall into your lap.

What are you doing now?

I’ve worked within defence since leaving the Military and I’ve managed to secure a role with a global leader in security and defence. I’m a systems engineering training consultant with Thales and joined the company as they have such a vast portfolio of interesting products and services. I thought it would satisfy my inherent curiosity and give me a fantastic opportunity to get involved in lots of different projects, not just one specialist area.

Yeah, absolutely. It is a fantastic role; Thales is a great company to work for and I’m very thankful to work in such a great team.

The Not Forgotten Association – from Comradeship to Challenge