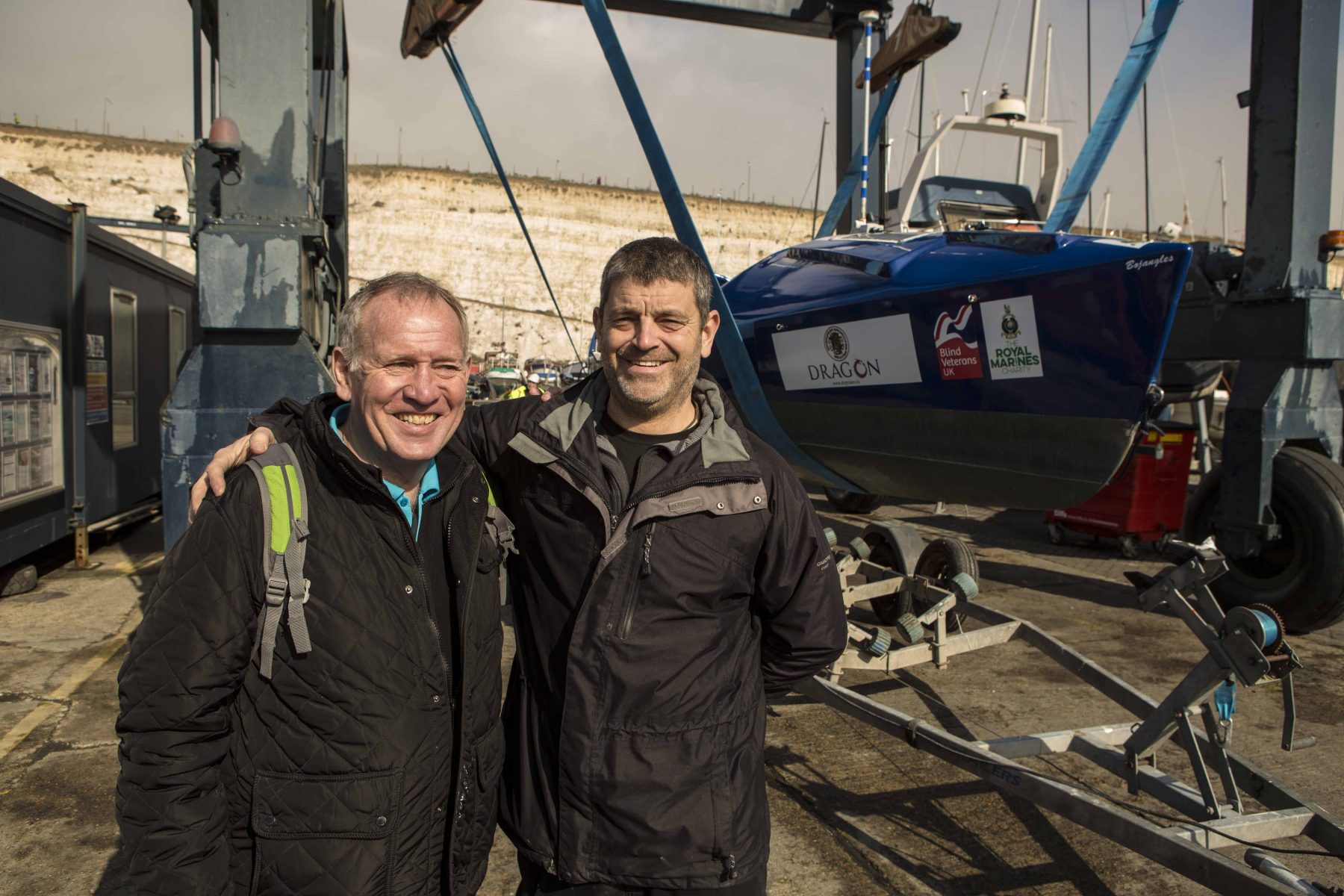 Mick Dawson Served with the Royal Marines between 1980 and 1991 and is a Falklands Conﬂict Veteran. He’s about to row the Paciﬁc Ocean with his fellow Veteran, Steve Sparkes, who is blind.

How was resettlement back then?

I had 11 years in the Corps, and then left to go sailing basically, I learnt to sail in the Corps, and left to sail professionally on private yachts. From what I’ve seen, things are a lot better now and guys are far better prepared and helped with what is a major step. It was a major step for me to be perfectly honest, I still struggle with it.

I’m speaking with somebody who’s about to row the Paciﬁc (again) and you use the word, ‘struggle’. That might surprise people, coming from you…

I didn’t do anything particularly spectacular (during my Military career) but it had a lasting effect on me. Being in the Services isn’t just a job, is it? It’s a kind of life and especially being in from the age of 16, I still miss the environment, still miss the culture.

Can we talk about the rowing project with your colleague Steve Sparkes?

I bumped into Steve 37 years after the ﬁrst time I met him. The last time I saw him (before that) he was in training with my brother. I’d heard what had happened to him (regarding his sight loss) but I had assumed that he had been well looked after, but he wasn’t. Back in the 80s, the support network wasn’t there. I’m pleased to say that it’s there now for recovering Veterans.

We’re raising money for Blind Veterans UK and the Royal Marines charity. The thing I found out was that Steve Sparkes, who had all the reason in the world to be bitter and twisted, is the most inspirational man you’ll meet. He’s a legend at Blind Veterans.

I said to him, ‘If you become the ﬁrst blind person to row the Paciﬁc, when you step off that boat on the beach in Hawaii, you can do that for thousands of people’. Not just for people with visual impairment but anybody who’s struggling will be inspired by the fact that he can do that, and I just thought the potential and the opportunity to be involved in that was just too great to turn down really.

Your current project has all the hallmarks of a Military endeavour. Is that the way you’ve approached it?

The reason I didn’t die when I sank out in the North Paciﬁc on my own, was because I was a former Royal Marine and I had the ability to deal with that situation. Because there’s two marines on that boat, you know, we’ll approach it with the techniques that we learned then, because they’re effective. It works.

In a nutshell, what do you want to achieve? What is the mission?

It’s simple. Steve Sparkes steps off that boat on the beach in Hawaii, the ﬁrst blind person to row the Paciﬁc. If we do that, we’ll have achieved so much, and we’re going have such an impact. I don’t care how long it takes, I don’t care how difﬁ cult it is, so long as we get that result, we’ll have been successful.

Soldiers Off The Streets

Careers in the Housing Construction Sector